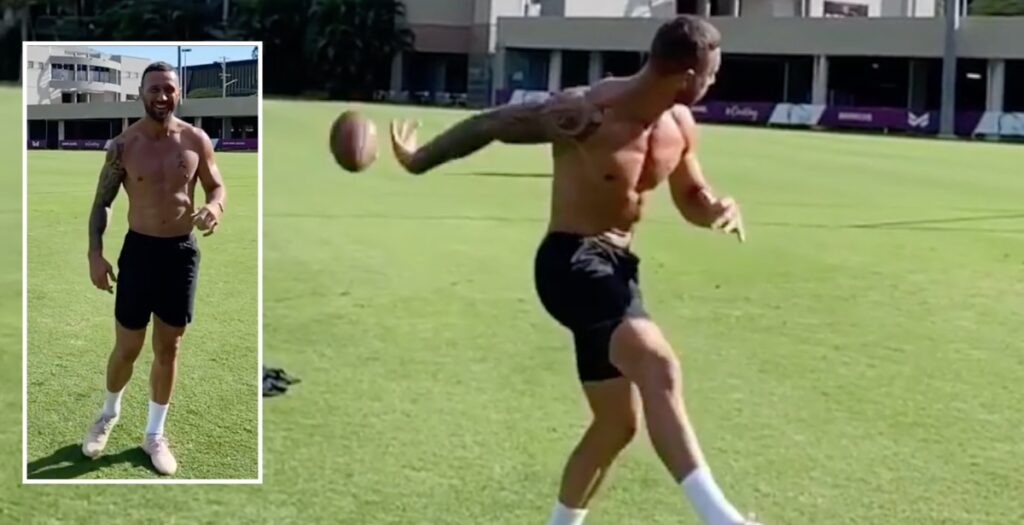 Former Wallabies fly half Quade Cooper showed off his insane handling skills with an audacious American football pass on Instagram.

The 32-year-old was messing around with an American football in Brisbane and produced a remarkable ‘backdoor’ pass to a teammate who was on the run about 20 metres away.

The Melbourne Rebels star turned away smiling after nailing the pass and big names such as Bryan Habana, James Haskell and Lima Sopoaga have all praised the skills on show.

Cooper earned 70 caps for Australia between 2007-2017 and is regarded as one of the Wallabies’ most maverick fly halves to date.