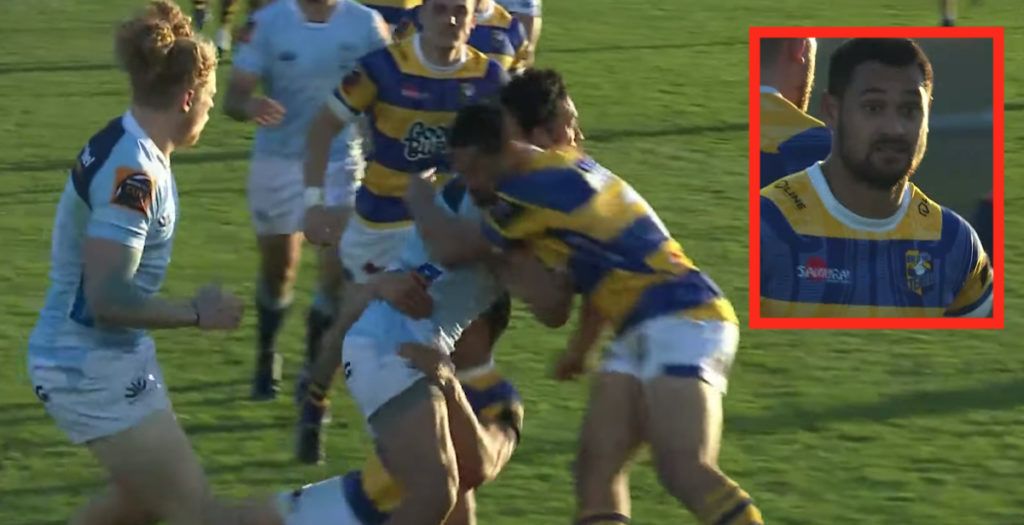 Bay of Plenty winger Fa’asiu Fuatai was shown a straight red card against Northland on Saturday for a nasty high tackle.

Fuatai led with his shoulder and connected with the Northland winger’s head, giving the referee no option but to send him off.

Despite playing with a man down for nearly half an hour, Bay of Plenty scored seven tries to win the game 15-34 in Whangarei, leaving them second in Championship table of the Mitre 10 Cup.