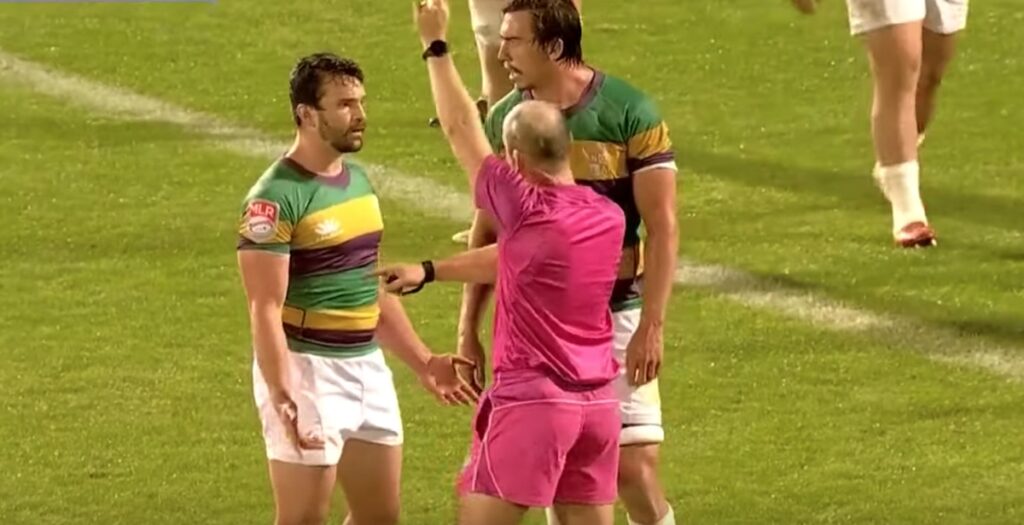 Brazilian referee Henrique Platais sent off the wrong player during round two of Major League Rugby between Nola Gold and Atalanta.

Platais presented a yellow to a Nola winger when the offence was actually caused by his second row team mate. The lock committed a high tackle which left an Atalanta player looking motionless on the ground and received no punishment.

The 32-year-old official consulted his linesman before making the decision but despite the confusion, Atalanta went on to win the game 22-10 at Shrine on Airline stadium in Louisiana.

Platais was brought into MLR for the 2020 season having officiated international games in the Americas Rugby Championship.