WATCH: Sale full back receives possibly the softest card of 2021 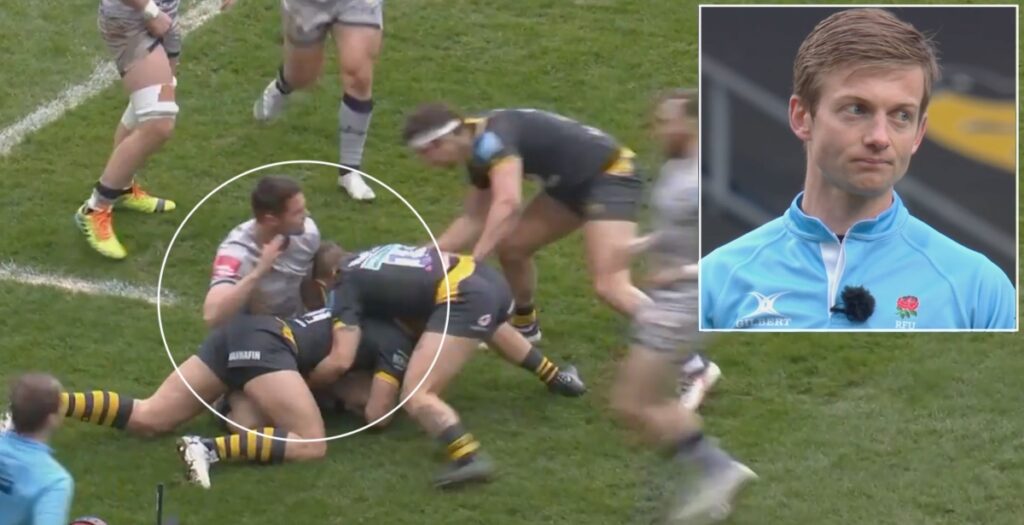 The 22-year-old was covering in the wide channel when Wasps winger Josh Bassett stepped inside off his left foot. However as Bassett stepped in-field the winger lost his footing, meaning James’ tackle connected around the head of the Wasps finisher.

Following a TMO referral, referee Christophe Ridley followed the high tackle framework and deemed that despite the mitigating circumstances, James was at fault for not “bending at the waist” to make the challenge.

BT Sport commentator Austin Healey took exception to the decision, suggesting it was soft and that James was not at fault for the incident.

“That’s a nonsense, Bassett’s right foot has slipped,” said Healey. “When you slip with your inside foot with all your weight on it, you go down very quickly.

“It takes him down about 75 centimetres in a millisecond. His [James’] arms are out to the side, he doesn’t drive through, he doesn’t throw the shoulder or his arm. It’s the slip which causes the incident, not the tackle.”

Sale received four yellow cards in the second half at the Ricoh Arena but still managed to pull through and record an impressive 19-20 win.