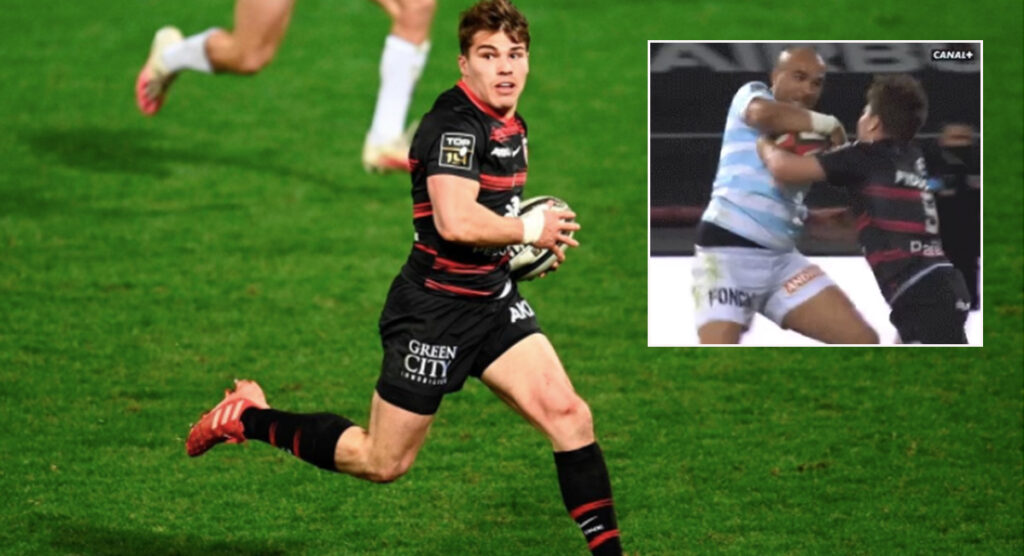 Antoine Dupont continues to solidify his pedigree among the world’s elite players. This time it’s his defence on Racing 92’s Simon Zebo that’s making headlines. After some fancy footwork, Zebo set his sights on the halfback, but Dupont was ready, ripping the ball cleanly from his clutches.

Is there anything @Dupont9A can’t do? 🤷‍♂️@SimonZebo did you call the police after that robbery? 😉 pic.twitter.com/dmmzPgCCJ7

The steal actually led to a try for Dupont, who as usual, found himself at the right place at the right time to add to his impressive try-scoring tally.

Kurtley Beale actually did the same thing to Romain Ntamack, even though it didn’t directly lead to a try.

Toulouse secured the 34-16 victory and remain at the top of the table.

Unfortunately, the news was not all good for Toulouse as Yoann Huget’s career may have come to a premature end with what’s being reported as a torn Achilles.

The long-standing winger was on track to retire at the end of the season but was instead helped from the field in what could be his last ever match.