WATCH: Super Rugby centre praised by OWN teammates before getting sent off 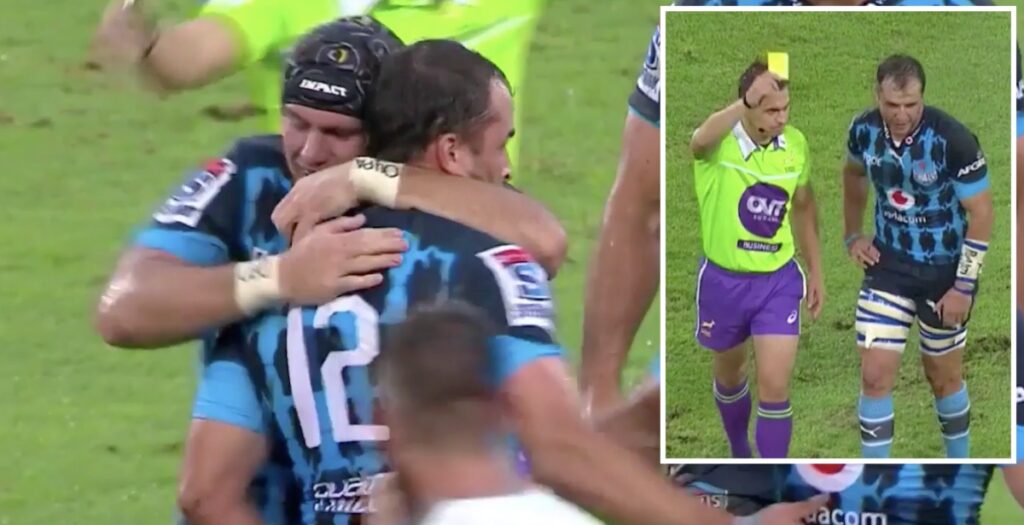 Bulls centre Burger Odendaal was sent to the sin bin just moments after being congratulated by his teammates for making a huge hit against the Blues.

Odendaal charged at Blues winger Emoni Narawa, who was waiting underneath a high ball on the right hand touchline, and made a massive positive tackle which earned a penalty for his side after the Blues were caught offside.

However after receiving high fives from his teammates the referee consulted his TMO about the legality of Odendaal’s tackle, which led to him receiving a yellow card.

The first point of contact was shoulder to head and neck area and the officials worked through the mitigation framework to lower the punishment from a red card to yellow.

The Blues went on to win the game 21-23 with a last minute penalty kick and full match and the incident involving Odendaal is below:

WATCH: Super Rugby centre praised by OWN teammates before getting sent off | RugbyDump - Rugby News & Videos