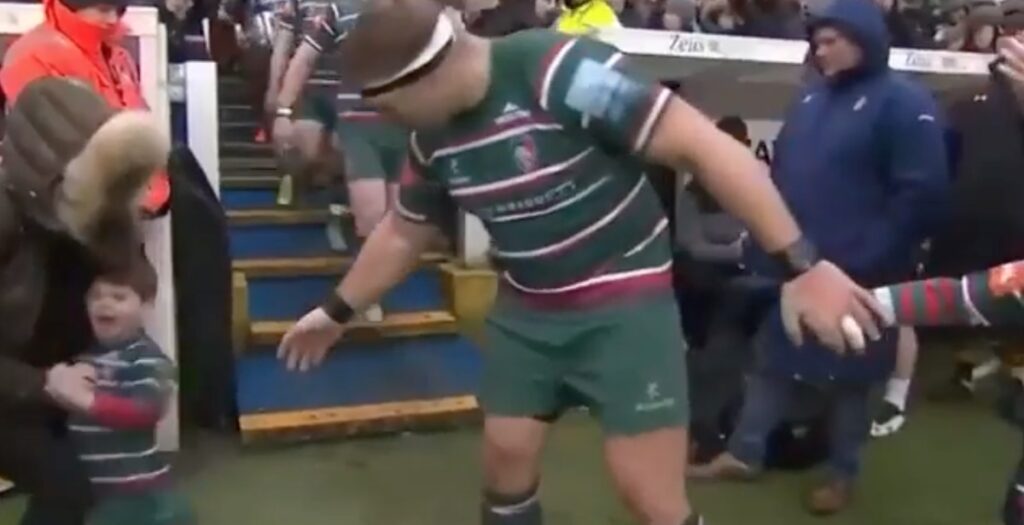 Earlier this season Leicester Tigers skipper Tom Youngs was rejected by a young kid as he ran onto the pitch.

Youngs was leading his side down the steps at Welford Road for the start of a Premiership game as he went to hold hands with two young mascots.

One youngster took the 33-year-old’s hand no problem, but the other mini Tigers fan refused his moment of glory.

Youngs continued to offer his hand as the kid screamed in fear at the prospect, leaving the former England hooker to run out with just the one mascot. Meanwhile prop Dan Cole saw the funny side as he ran out behind Youngs.

Whether the poor kid wasn’t a fan of Youngs or was upset by the prospect of having to support Leicester, he wasn’t having any of it.