WATCH: The biggest and dirtiest hits of Chris Hala’ufia's brutal career in England 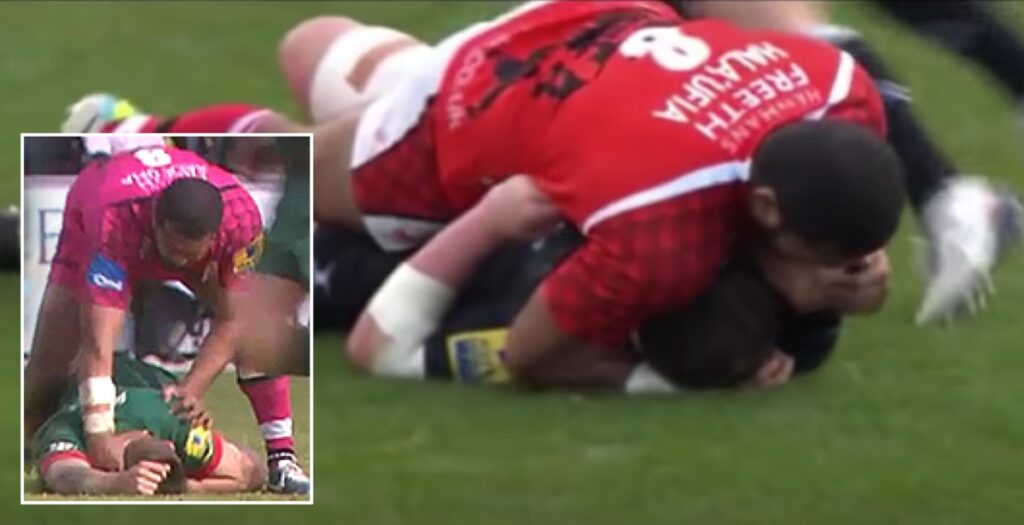 Former number eight Chris Hala’ufia was notorious for putting in huge hits throughout his long career playing in England.

Now 41, the 115kg powerhouse could break tackles anywhere on the pitch and he put in some of the biggest tackles we’ve seen in recent years at the top flight.

Hala’ufia’s knee-weakening tackles on former Newcastle prop Scott Wilson and England’s Joe Marler are up there with the biggest of his career and the Tongan had a reputation for rubbing the opposition’s face in it afterwards.

The back-rower earned 24 caps for Tonga over a nine-year period but Hala’ufia didn’t always get his collisions right in the eyes of the officials, and here is a compilation of his biggest and most illegal hits from over the years:

Hala’ufia represented Harlequins, London Irish and London Welsh in the Premiership and had stints with Scarlets, Rotherham, Gran Parma and Bradford & Bingley throughout his enduring career.