WATCH: The biggest and most ILLEGAL hits of Courtney Lawes' career 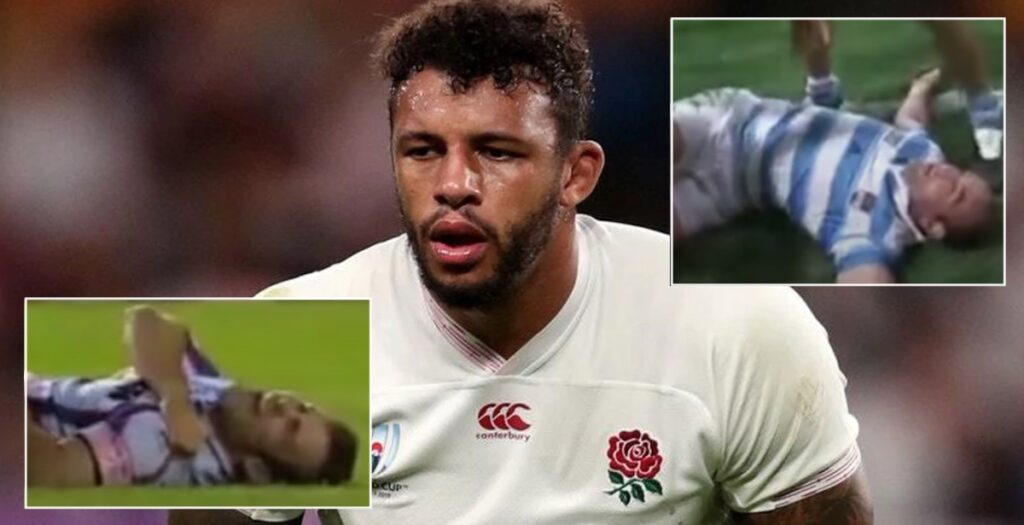 England forward Courtney Lawes is known to be one of the biggest hitters in the game having made some massive tackles throughout his career.

The 31-year-old broke onto the international scene in 2009 and his enormous 6ft 7″ frame and superhuman athleticism makes him one of the most dangerous payers on the pitch in defence.

His brutal hit on French playmaker Jules Plisson in 2015 remains one of the biggest tackles we’ve seen in recent years and while his massive tackles make him a world class athlete, sometimes his timing isn’t always spot on.

Occasionally the flanker/lock hasn’t got it right and fallen guilty of a late tackle, and given the nature of his huge hits the referee rarely misses them.

Lawes has made 80 appearances for England over the past 11 years and earned two Test match caps for the British & Irish Lions in 2017. And with more than 200 games for Northampton the veteran is a true legend for both club and country.