WATCH: The day a future England star got ENDED by leg-weakening hit 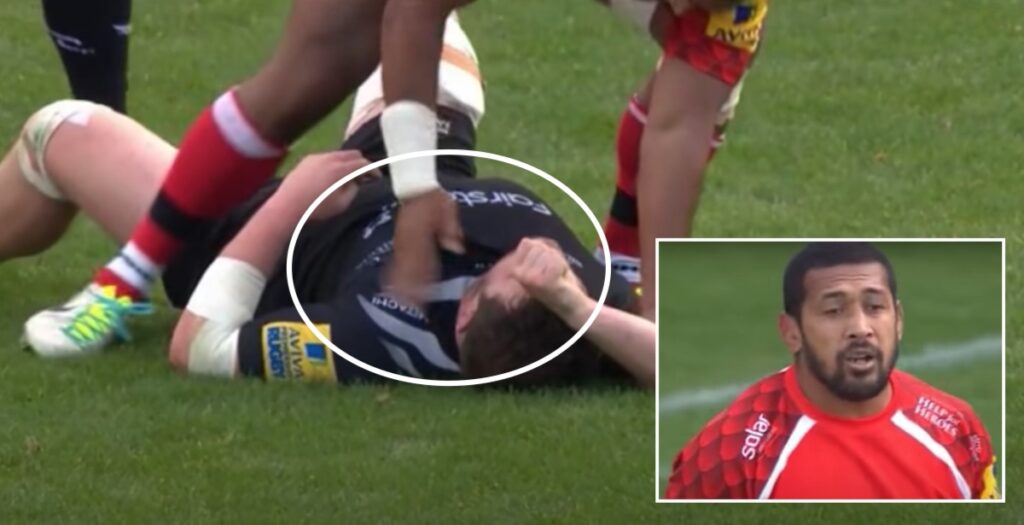 Former Tonga number eight Chris Hala’ufia was known for making monstrous tackles and rubbing his opponent’s face in it.

One of Hala’ufia’s most memorable examples came against Newcastle in 2014 when he folded tighthead prop Scott Wilson in half at the Kassam Stadium, before giving away a penalty for slapping him on the face while he lay motionless on the floor.

Wilson made a full recovery after receiving treatment from the team doctors, but having suffered a neck injury in the Premiership semi-final in 2018 he was forced to retire early.

He was just 24 when he retired and having already represented England Saxons, Wilson was looking a likely candidate to represent the full England side in the future.

Hala’ufia, now 41, represented Rotherham, Harlequins, London Irish and London Welsh throughout his career and earned 24 caps for Tonga between 2000-2009, scoring five times in the process.

As good as Hala’ufia’s hit was, it’s a shame that this remains one of the lasting memories of such a promising young prop.