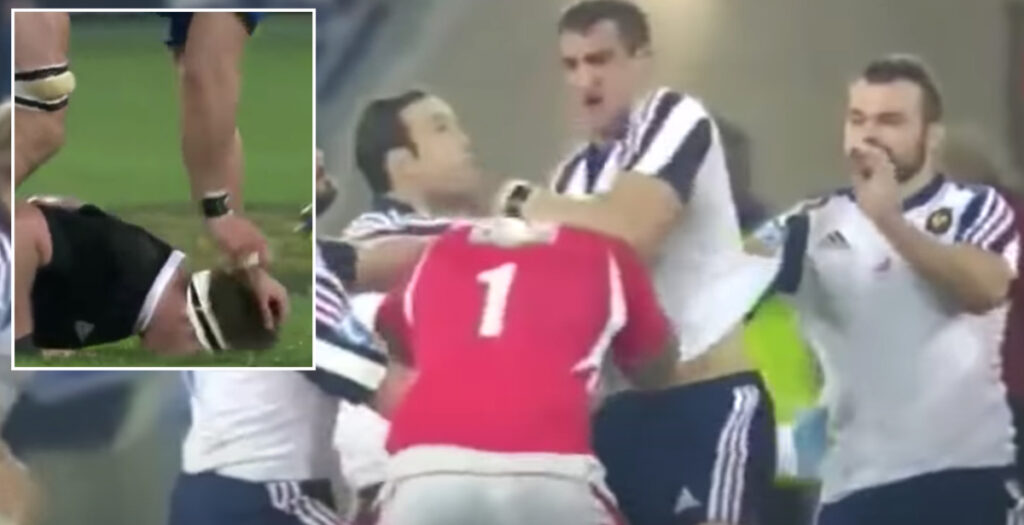 A video montage has emerged of French international lock Yoann Maestri’s fights and dirty plays throughout his career for club and country.

The 32-year-old has a history of getting up to no good on the pitch and standing at 6ft 7” and weighing 121kg, he usually does some damage.

The footage shows Maestri ruffling the feathers of the game’s great players such as Kieran Read, but one of his most famous scraps came against Tonga when he virtually had a boxing match against Alisona Taumalolo.

The Frenchman has earned 65 caps for his country since making his debut in 2012 and with more than 200 appearances for Toulouse Maestri is still one of the best locks in the game.