WATCH: The nastiest and most brutal moments of Schalk Burger's career 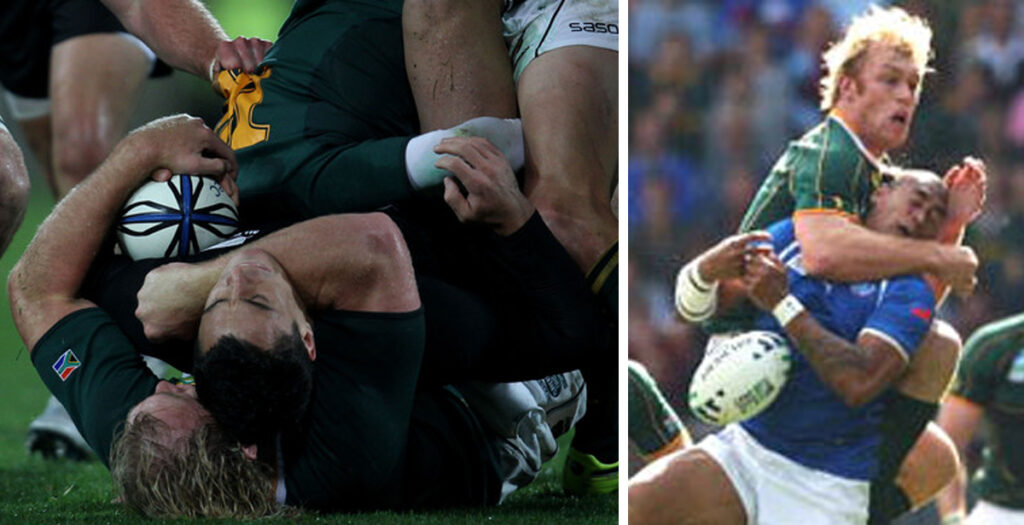 A new montage has arisen highlighting the most viscous and illegal moments of former Springbok flanker Schalk Burger’s career.

With 86 South African caps to his name Burger is a legend of Springbok rugby but throughout his 17-year career he has built a reputation for his physicality and controversial moments on the pitch.

The following four-minute video begins with his nasty eye gouge on Luke Fitzgerald during the 2009 British & Irish Lions tour and features some of his biggest and most controversial moments in rugby.