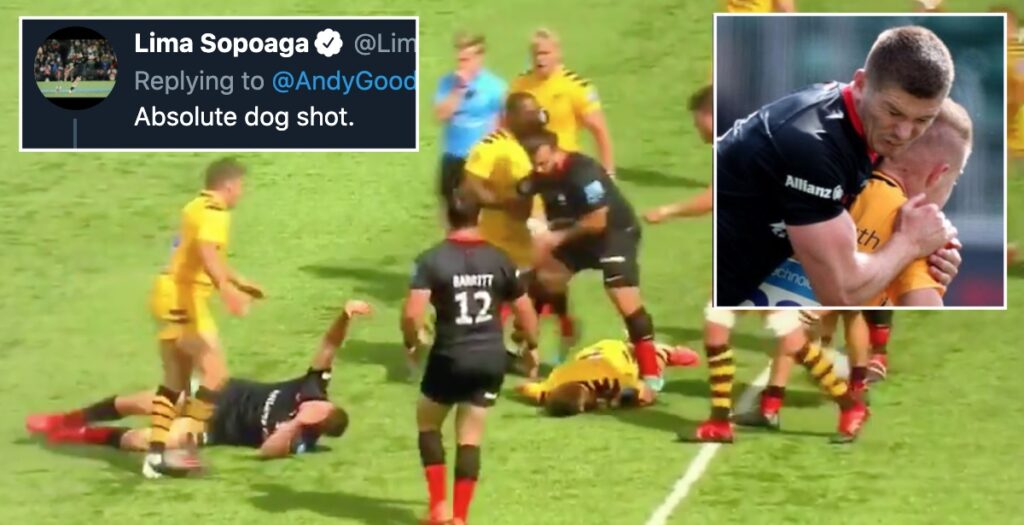 The Saracens star went for a big blindside hit on Charlie Atkinson but instead he essentially forearmed the full back around the head.

Farrell acknowledged his mistake straight away as Atkinson lay motionless on the ground and fans and players are upset with the England star’s challenge.

Wasps playmaker Lima Sopoaga expressed his anger at the tackle while former England fly half Andy Goode said it was only a matter of time before Farrell was caught out.

Wasps went on to win the game 18-28 at Allianz Park and Farrell could see a lengthly ban for this mistake.

Lawrence Dallaglio considers the implications for Saracens AND England. pic.twitter.com/xZuOfEZK9E

This isn’t the first time Farrell’s tackle technique has come under the spotlight, here are some of his biggest and most controversial tackles to date: