WATCH: The time Charvis received the worst raking you're ever likely to see in 2001 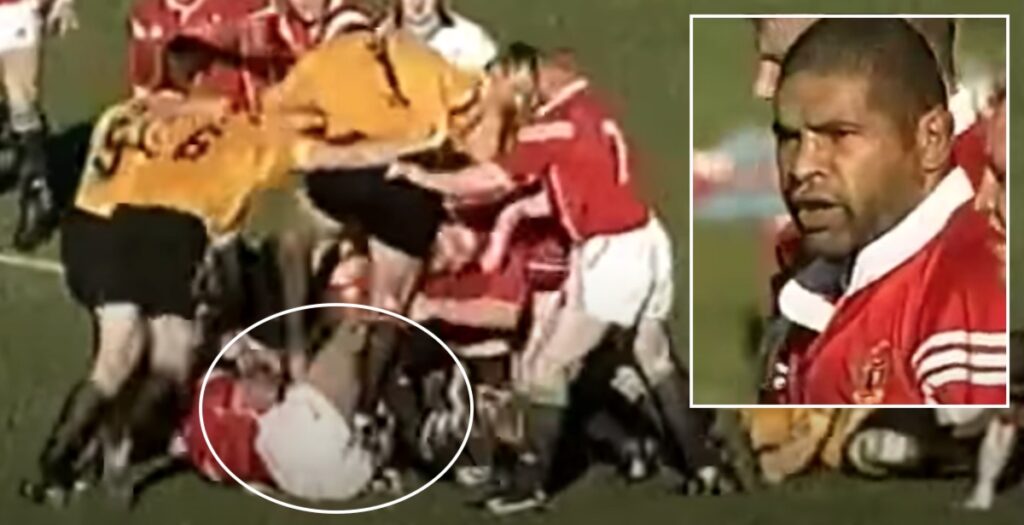 Former Wales number eight Colin Charvis received one of the worst cases of raking during the 2001 British & Irish Lions tour to Australia.

Charvis fell on the wrong side of a ruck during a warm up fixture against the NSW Country Cockatoos at Coffs Harbour International Stadium when he was targeted by the hosts.

Forwards Angus Baldwin, Brent Dale and James McCormack viscously stamped all over Charvis as lay helpless on the ground back in June 2001.

While the offenders would probably all see red cards by today’s standards, the referee only awarded a penalty to the Lions and if it wasn’t for his fellow Welshman Martyn Williams jumping in to protect him, things could have gotten even worse for Charvis.

The Lions went on to win the game 3-46 in what was the final warm up fixture before the first Test match of the tour.

WATCH: The time Charvis received the worst raking you're ever likely to see in 2001 | RugbyDump - Rugby News & Videos