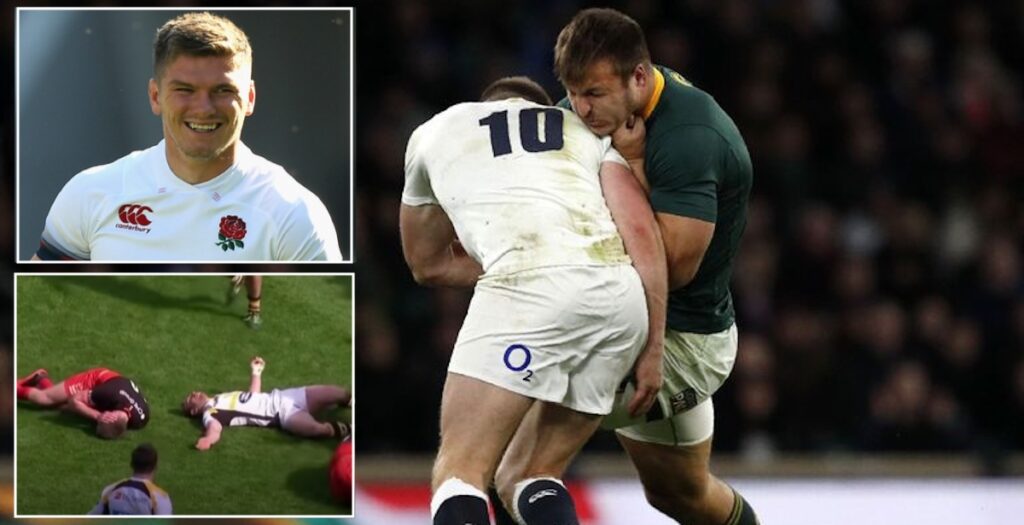 A five-minute montage has emerged on YouTube highlighting the questionable defence of England star Owen Farrell.

The video is called ‘Owen Farrell | A Defensive Masterclass…?’ and it highlights the number of illegal tackles Farrell has produced throughout his career including his huge hit on Springboks back André Esterhuizen.

Many of the challenges are either too high or just a shoulder charge and the video also shows moments of general poor defence including his missed tackle on Cheslin Kolbe in the 2019 World Cup final.

Farrell has become a divisive player throughout his career due to his defensive game, but there’s still no questioning his ability with ball in hand.