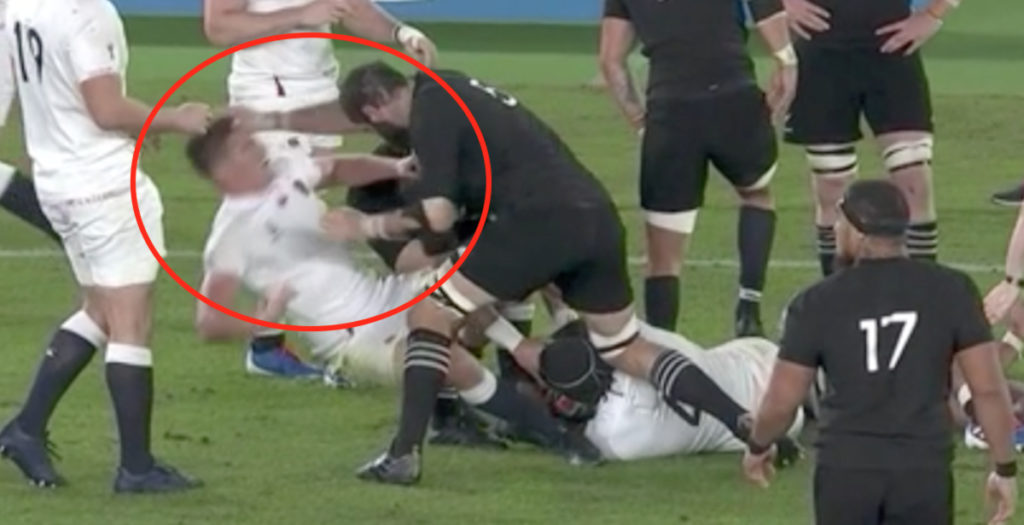 England were leading 16-7 with 12 minutes left on the clock when New Zealand were awarded a penalty by referee Nigel Owens, possibly within range of the posts, which was reversed after Whitlock’s foul play.

England went on to win the game 19-7 to reach their first World Cup final since 2007 and full match highlights are available below: