WATCH: Without doubt one of the funniest red cards in the history of rugby 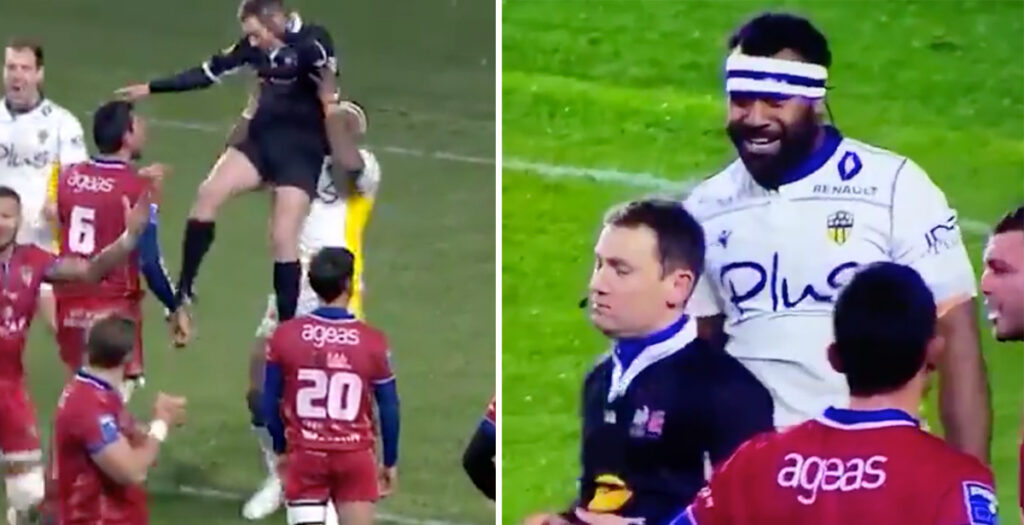 Nevers were 25-30 up in the final play with a decision pending over a potential match-winning try for Béziers. But after the referee concluded the try would not stand, Nevers players went into euphoria and Raisuqe made one of the strangest decisions of his career.

The Fijian lifted up the referee from behind in a Lion King-style pose earning him a red card at the end of the game.

Béziers players were still appealing to the referee about his final decision when his legs suddenly left the ground and as a result Raisuqe is expected to face a disciplinary hearing over the incident.

Raisuqe clearly meant no harm by his actions but it’s dangerous territory to lay even a finger on an official, never mind lifting him above your head.

WATCH: Without doubt one of the funniest red cards in the history of rugby | RugbyDump - Rugby News & Videos