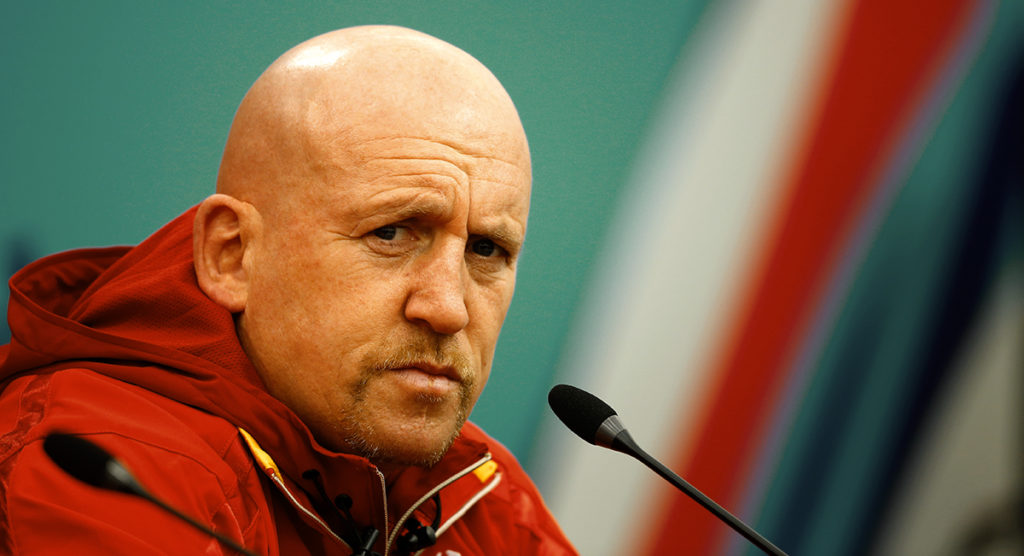 Just when there seemed to be light at the end of the tunnel regarding the Shaun Edwards saga, another spanner has been thrown in the works, as it has been confirmed that he will be leaving his post with the Wales team after the World Cup.

The former rugby league superstar has been deputy to Warren Gatland and has served as Wales defence coach for over a decade, winning three Grand Slams, but will be leaving alongside Gatland at the end of the year.

Rumours emerged recently that he was going to continue in his post with Wales, working with incoming coach Wayne Pivac and in tandem with Byron Hayward as one of two defence coaches. This was a proposal that was not particularly well received, despite the vast majority of Welsh fans wanting Edwards to remain in charge on the national team in some capacity.

“When Shaun’s availability post RWC recently became apparent we worked with him to offer him a new contract which he was happy with and for him to be part of the new look coaching team going forward,” explained incoming head coach Wayne Pivac.

“Shaun has decided not to take that contract, which we must respect and we wish Shaun the very best in what lies ahead for him post Wales.”

In light of this news, many fans have turned on the Welsh Rugby Union on Twitter, deriding them for spurning the opportunity to keep one of the most esteemed defence coaches in the game. Edwards had given plenty of messages suggesting he wanted to remain with the WRU, and the fans feel perplexed as to why it has not happened.

With other mishaps such as the now-abandoned proposal of merging the Scarlets and the Ospreys, the WRU have come under fire from fans in recent months, and this only adds fuel to the fire.

That will be a mistake the Wru will forever regret.

He should of been given whatever he wanted.#Simple

Huge loss the WRU are a shambles lately they seem to be messing everything up!

I often swim against the tide and stick up for the WRU however, this screams at a deafening volume the words ‘what the heck have you done!’ We can not let Edwards leave!

Total incompetence by the WRU…… https://t.co/gINAmaSeJM

The future seems uncertain for Edwards, as he has already reneged on a move to Wigan that looked confirmed this time last year. He has been linked with jobs with both England and France, as both teams would gladly take him.

He has equally been linked with a return to club rugby, although his return to Wasps, with whom he won two Heineken Cups and four Premiership titles, has been denied by head coach Dai Young.

Fans of Wasps’ rivals Leicester have also called for him to join them to improve their fortunes, and while that would be a long shot, nothing can be ruled out in this ongoing Edwards story.

Wales head coach Gatland meanwhile is focussed on the task at hand, the World Cup in Japan.

“Shaun has been an important part of the Wales set up over the past 11 years for what has been a hugely rewarding time for Welsh rugby,” he said.

“It is pleasing that we can draw a line under the speculation regarding Shaun’s future with this announcement and we can look forward to preparing the squad for the RWC and the tournament itself in Japan later this year.”