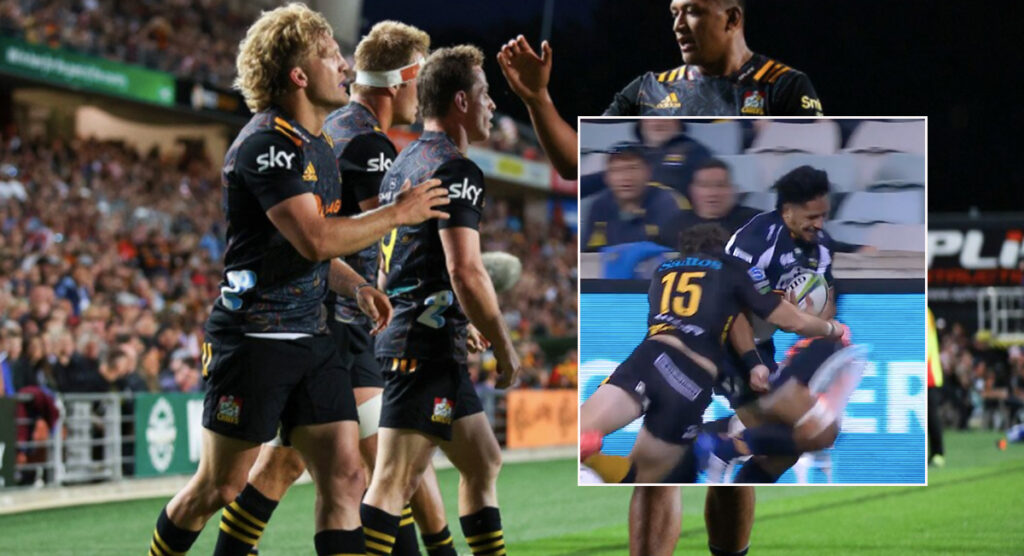 Two full backs made their presence known in the latest round of Super Rugby. Both Damian McKenzie and Jack McGregor made incredible try-saving tackles, proving once again that size doesn’t always matter.

McKenzie is one of the most electrifying players in the game and looks to have reclaimed the pre-injury form that saw him become a fully-fledged star within the All Blacks a few years ago.

He was all over the park against the Blues, scoring the winning try (view that in the highlights down below) as well as denying this one for winger Mark Telea early on.

In Super Rugby AU, Jack McGregor put Brumbies’ Pete Samu in his sights as the big man coasted in for what he thought would be an easy try. For some reason, he appeared to ease into it as he got closer, only for McGregor to blast him into touch.

Full highlights of the Chiefs vs the Blues (dramatic finish)