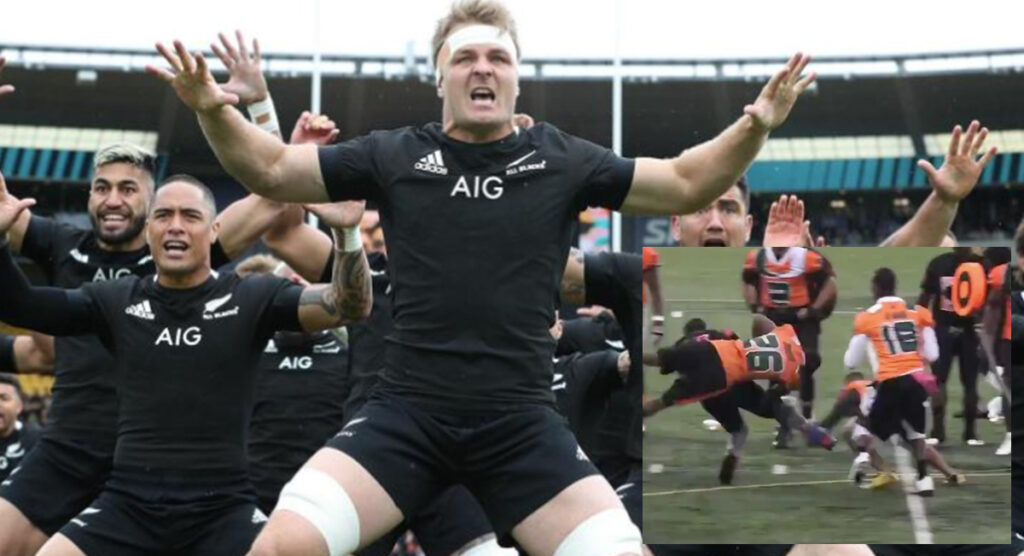 In case you missed it, there’s a viral video coming out of the States centered around 7-on-7 football. The league is called A7FL and apparently prides itself on violent NFL-style hits without pads. The video was shared by ESPN’s SportsCenter and features a highlight reel of some of their biggest tackles.

Like rugby, there are various versions of American football. In fact, various 7-on-7 style high school competitions have been gaining popularity across the U.S. over the past few years. Many of them are tackle-free and (forward) pass only.

That’s clearly not the case here. Bodies are flying around and form is clearly out the window.

In what can only be described as a collection of dangerous straight red cards, the video is full of flying shoulder-charges, tip tackles, clotheslines, and other potential life-altering hits.

The video has certainly made the rounds, amassing 2.6 million views as of this publication.

This tackle football league plays without pads or helmets 😳

According to their Twitter account, the A7FL bills itself as a pioneer of “no helmets no pads tackle football!” The irony of the tweet was certainly not lost on many who already recognize rugby as the true pioneer, with football a direct descendent.

In fact, it was noticed by none other than the official All Blacks Twitter account, who weighed in with a dismissive, one-word response.

Cute or not, this league looks wild and due to the way it’s played, is bound to result in a whole lot of pain.