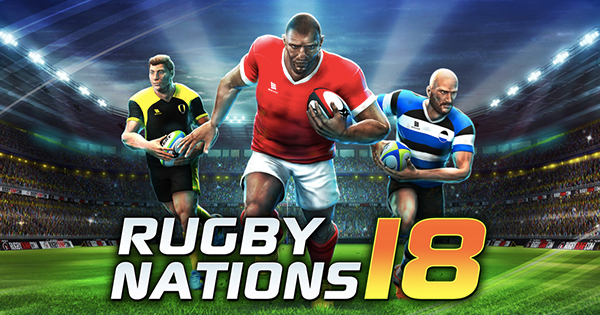 We’re giving away copies of the latest version of Distinctive Developments new mobile rugby game, Rugby Nations 18. To enter, visit our facebook page and follow the instructions. Below is a bit more about the enjoyable new game.

Featuring more teams than ever before, a vastly expanded career mode, improved graphics and full directional control of your players via the on-screen d-pad, this is the best Rugby Nations yet.

Become a legend in the world of rugby with the much expanded CAREER MODE spanning multiple seasons. Create your player and develop your playing career from grassroots level, right through to joining the squad of some of the giants in world rugby.

Join others and compete in regular LIVE GAMES. Earn points for your team and lead them to victory.

INTUITIVE CONTROLS AT YOUR FINGERTIPS

Whether you are a seasoned rugby pro or just getting started, show off your rugby skills with intuitive controls. Featuring a virtual d-pad for the first time. Use the on-screen virtual buttons to guide your players around the field.

For that extra bit of flair, use swipe gestures to sidestep the oncoming defenders.

Enter now to win the game via our facebook page