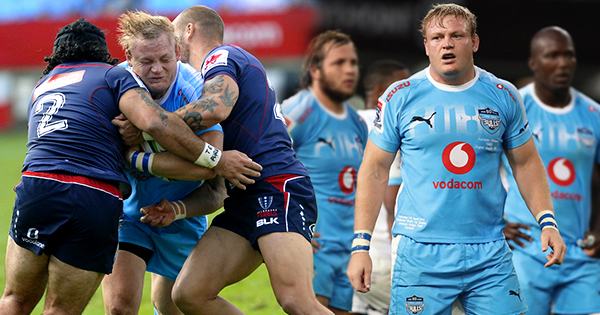 Long-time Springbok hooker Adriaan Strauss has announced that he will retire from rugby at the end of the Super Rugby season. Having previously stepped away from international consideration, he’s now calling time on all forms of rugby after a remarkable 14-year career.

Strauss made his debut with the Boks in 2008 against Australia, and was later selected in the 31-man 2015 World Cup squad. He went on to lead South Africa in 2006, becoming the 56th Springbok captain.

The hooker spent time between the Cheetahs and Bulls throughout his long Super Rugby career, now stepping away as the most capped South African of all time, with 156, all starting with his professional Super Rugby debut with the Bulls in 2006.

The Bulls were effusive in their praise for the 32-year-old hooker, stating on their website:

“Every now and then there comes along a rugby player that helps define the essence of what the term ‘BullsFamily’ stands for, both on and off the field. Vodacom Bulls hooker, Adriaan Strauss, certainly epitomises that sentiment.”

Memorable try in a forgettable game for the Springboks:

“It hasn’t been an easy decision, but one that I’ve been thinking about for a while now,” said Strauss. “I have been blessed to play the game I love, with and against some amazing people, all while building some great friendships.

“The Bulls have always backed me and given me the opportunity to prove myself, and for this I am eternally grateful. It is however time for me to enter the next phase of my life and focus on a few new ventures… and of course enjoy being a supporter while I’m at it.”