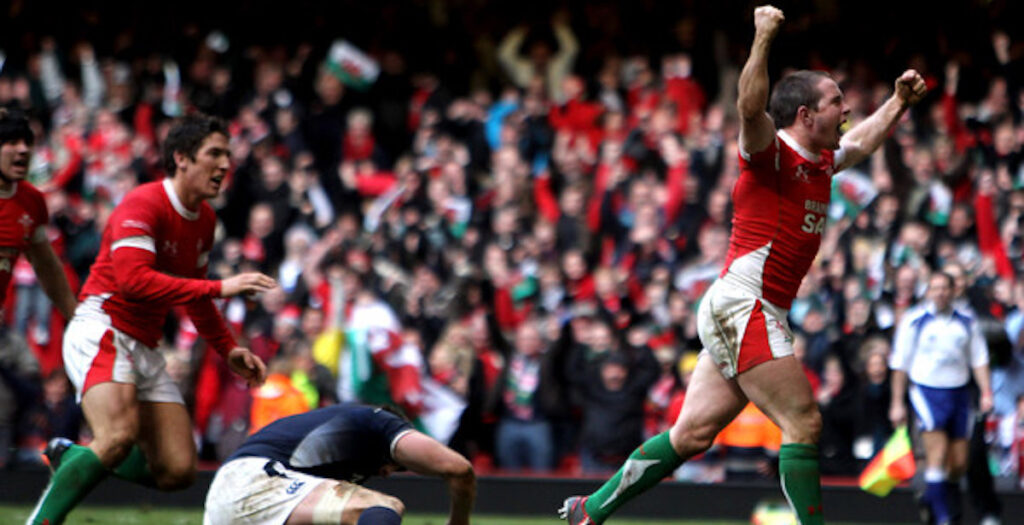 This year marks the 10th anniversary of one of the most memorable games of international rugby in history.

The final five minutes of the Six Nations game between Wales and Scotland in Cardiff went down as one of the most dramatic comebacks ever.

Wales were trailing by 10 points with five minutes left on the clock and with Scotland a man down, the Welsh scored three times to snatch the win.

Leigh Halfpenny struck first on the wing to reduce the score to three points following a successful conversion and almost straight from the restart Scotland’s Phil Godman gave away a penalty and yellow card in front of the posts.

This presented Wales with a simple three points to level the scores with 40 seconds left on the clock and they regained possession from the restart with two extra men.

The Welsh then scored one of the most dramatic tries of all time through winger Shane Williams in the final play of the game to secure a remarkable comeback win.

Wales finished fourth in the Six Nations table that year as France went on to win the Grand Slam.