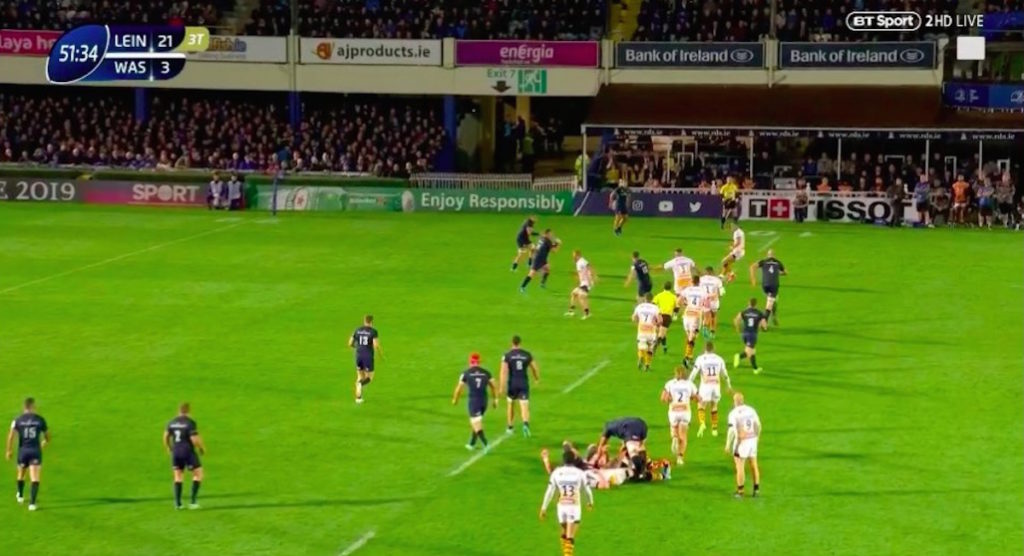 Leinster and Ireland prop Tadhg Furlong showed superb footwork and a delicate offload to set up Leinster’s fourth try against Wasps on Friday.

The 126kg forward received the ball from fly half Johnny Sexton five metres behind the gainline before showing incredible footwork to get on the outside of Wasps’ back line and unleash winger James Lowe.

“I don’t think there’s many front rowers who could do that in the world. He’s a special human on and off the field.” pic.twitter.com/Sqc4C39I3S

Social media erupted with calls for Furlong to play 13 for Ireland and England centre Rachael Burford praised the skills of the 25-year-old forward.

Fellow Leinster front row Seán Cronin also showed some flair in the first five minutes of the match with a 25-meter try to open the scoring at the RDS Arena.

Leinster went on to win the match 52-3 which has put them top of Pool 1 after the opening round of the Champions Cup, leaving the defending champions in control of the group.