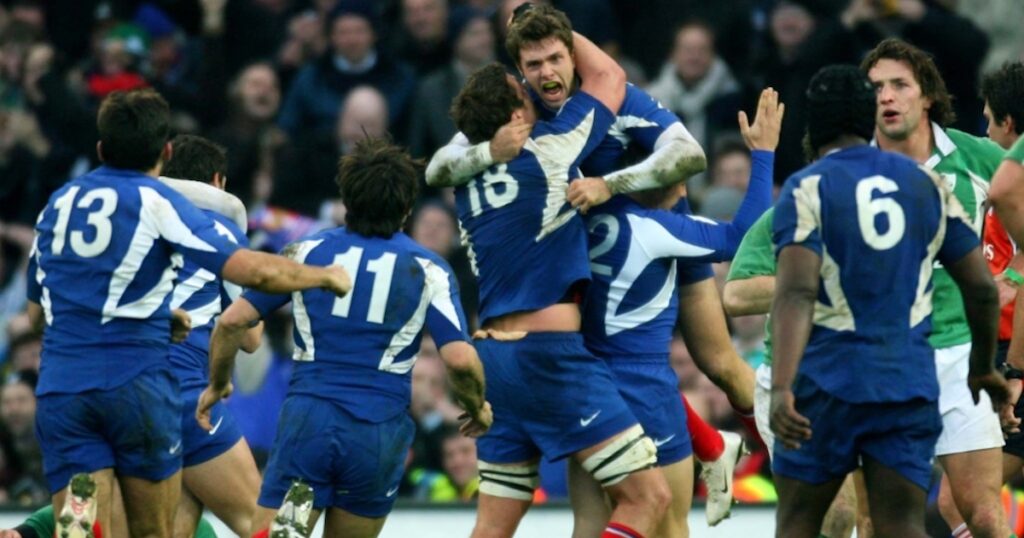 Some players just seem to click against certain opposition, and for former French winger Vincent Clerc between 2007 and 2011, Ireland was the team he scored most against.

Clerc had been in and out of the French squad since making his debut as a 21-year-old against South Africa in 2002. After taking part in the 2003 and 2004 Six Nations, Clerc spent the next two seasons out of the side before being recalled for 2007.

And it was there that Clerc’s try-scoring spree against Eddie O’Sullivan’s men started.

It was meant to be a winning start to Ireland’s tenure at Croke Park, and until Clerc scuttled over at the death, it looked like it was going that way. Ronan O’Gara had just put the home side back into the lead before France re-gathered the restart and launched a final attack. Clerc broke a desperate tackle attempt from John Hayes and Dennis Hickie to snatch victory.

France were on the back foot in their home World Cup after bottling it on the opening night against Argentina so needed a big performance against Ireland in what was billed as the pool of death. Clerc scored two tries to all but bury the Irish and ensure France’s path to the quarter finals (which they famously won against the All Blacks in Cardiff) far easier.

A beautiful ‘banana kick’ from mercurial fly half Fred Michalak made the most of Ireland winger Andrew Trimble leaving his wing and joining the front line of defence to send Clerc in for his first.

If Clerc’s sensational 2007 strike rate against them wasn’t bad enough, Ireland were unquestionably fed up with the winger dubbed “Chicken” [as in the term headless chicken, coined after his running style] the following year when he bagged three tries in the first half to help secured another victory.

Another try on home soil

Clerc missed the 2009 Six Nations through injury but returned for the 2010 and 2011 tournaments. Picked for the 2011 World Cup [which would prove to be his last] Clerc again touched down in the World Cup warm-up match in Bordeaux.