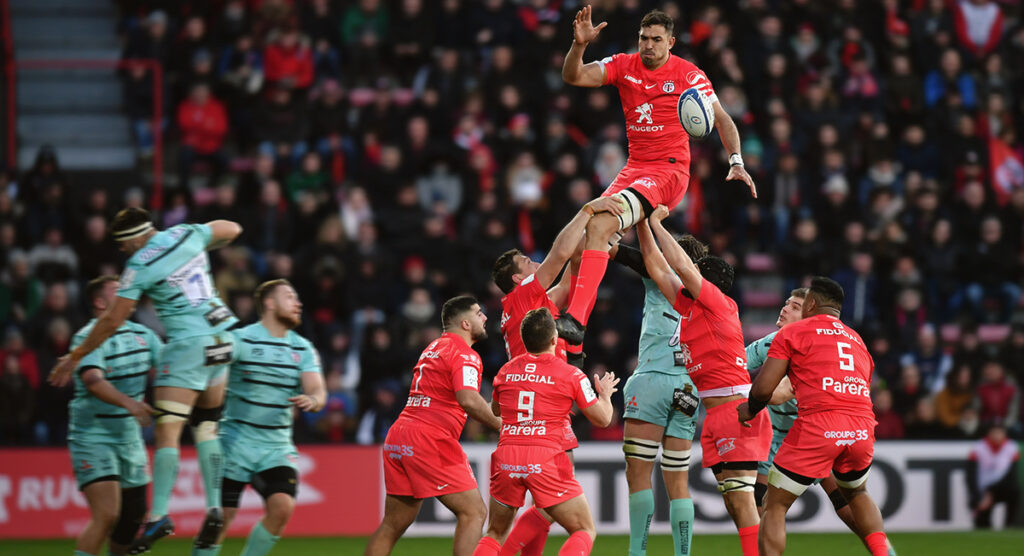 A lot is demanded from second-rows in the modern game, as it is one position that has had to evolve with changing demands. Lumbering giants who were used as ballast in the scrum and elevation in the lineout are now replaced by far more athletic players, who pose many more threats around the field.

With that said, the strength at the set piece is still a prerequisite for any lock.

While there may not be as much variation between locks as there is with other positions in the game, there are still nuances and subtle differences in how the game is approached in different parts of the world.

For instance, South Africa have a long history of producing monstrous locks, made no clearer than in their recent Rugby World Cup victory, whereby they opted for four in the matchday 23.

There are also differences across Europe when comparing the height and weight of locks in the top three leagues, France’s Top 14, England’s Gallagher Premiership and the Guinness Pro14, which reflects different styles.

A good round of fixtures to compare the leagues was the first weekend of January, as it was between the RWC and the Six Nations, and before the European fixtures and the suspension of rugby due to the coronavirus pandemic.

Each league will have the size of every starting lock in all fixtures, and an average will be taken from them.

The French league is characterized by its focus on the set piece, which is why the teams tend to operate with larger back row players as well, providing more options at the lineout and weight in the scrum.

While the Top 14 fields taller players, what is most noticeable is that 57 percent of the locks in the league were 2m (6’7”) and over, with Toulouse’s Rory Arnold being the tallest in Europe on this particular weekend at 2m08 (6’10”). This is compared to only 33 percent in the Premiership and 32 percent in the Pro14.

Meanwhile, all three leagues barely fielded any players under 1m95 (6’5”), which would be nearing the shorter end of the spectrum for locks. Only 14 percent in the Top14 and the Pro14 were under 1m95, and 17 percent were in the Premiership.

This suggests that there is a minimum standard for a height of a lock, that none of the leagues often chooses to go below.

What is apparent is the smallest locks tend to be back-rows who have moved into the engine room. All four of the smallest second-rows in the Premiership, at 1m92 (6’4”), can also play at flanker or No.8, while the shortest lock in the Top 14 was France’s Gillian Galan, 1m93 (6’4”), who was making a rare excursion into the second-row from the base of the scrum, a position he is far more accustomed to.

Though it does not come as a surprise that the Top 14 offered the tallest players, it is interesting that it did not have the heaviest players. The Premiership was the heaviest league on average at 117.7kg (18st.8lb), although the Top 14 was virtually identical 117.5kg.

The similarities do not end there, however, as France had 39 percent of players over 120kg (18st.13lb), compared to England’s 38 percent, and only seven percent under 110kg (17st.5lb), compared to none in England. So not only was the average weight of players the same, but the range of weights was more or less identical in France and England.

These two leagues differ from the Pro14, which had an average weight (18st.8lb) of 114kg (17st.13lb) on this weekend. This may be down to a stylistic differentiation between the leagues, as it has frequently been seen that the Pro14 opts for smaller players, particularly in the pack, which may facilitate a faster league.

Only 18 percent of players in this league were over 120kg (18st.13lb), which is quite a drop from the Anglo-French percentage, while another 18 percent were under 110kg (17st.5lb), which is a rise from their European counterparts.

While a reason for such a variation is usually down to the fact that the Pro14 straddles five different rugby countries and cultures, Davies and Turnbull actually play for the two geographically closest teams in the league and are both Welsh. While that may usually be the case, it is not in this circumstance.

Equally, operating with players like Turnbull, who can play in the back-row, is not necessarily indicative of lighter players, as the Premiership played a number of versatile players this round as well. In fact, the heaviest player in the Top 14, Galan at 130kg (20st.7lb), is a No.8 by trade, albeit they are usually heavier than flankers.

The lighter locks in the Pro14 are simply consistent with the other positions in the pack, who are typically lighter than the more ‘pack heavy’ French and English leagues.

Ultimately, there is not a huge amount of differentiation in height between the three leagues as there are general precepts and requirements of a lock. In terms of weight though, there is a bit more variation, as some players are lighter than second-rows of a previous era.

Ireland’s James Ryan, who is one of the leading locks in the world, weighs in at 107kg, far below the average of the Pro14. Likewise, England’s Maro Itoje, who could well be Ryan’s partner for the British and Irish Lions next summer, also falls under the average weight in the Premiership.

The Leinsterman and Saracen are the new breed of dynamic locks, who have a workrate in attack and defence that will not be matched by the far heavier players in the same position. Be that as it may, that does not exclude those players, it just comes down to stylistic differences of each team.

BY LEAGUE AND TEAMS