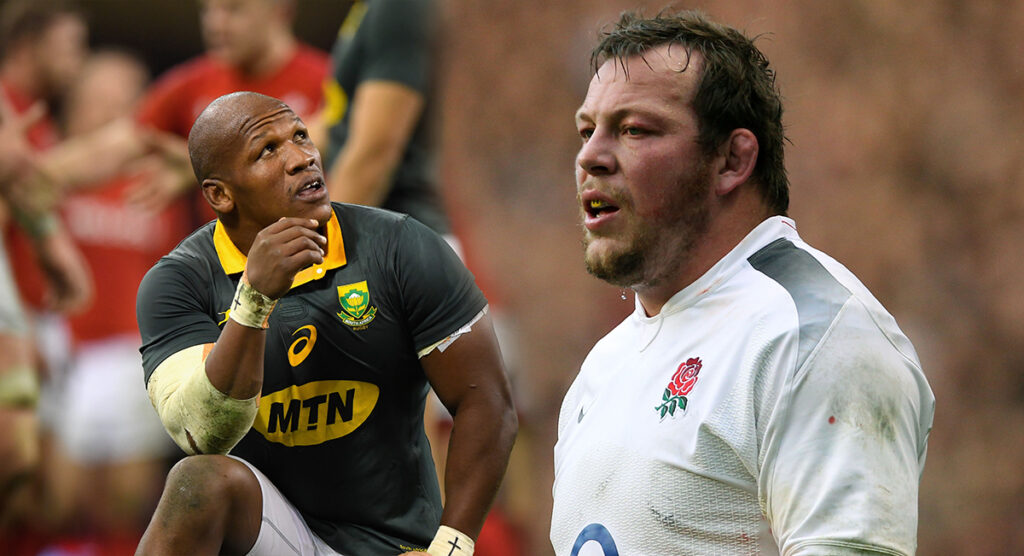 The increase in the weight of professional rugby players over the past thirty years is well documented, with some positions seeing staggering rises. There are a variety of reasons for such changes, but the switch to professionalism perhaps had the most resounding effect on the physicality of rugby union, with huge strides in terms of the conditioning of the players.

Prior to England’s encounter with the All Blacks at last year’s Rugby World Cup, The Guardian showed how much the average weight of each team had increased since the sides met at the 1991 RWC.

The article showed that the average weight of an England player rose from 94.3kgs to 105.8kgs and 91.6kgs to 104.6kgs for the All Blacks over the course of 28 years, with the most significant rises coming in the tight five and the outside backs.

So while it is undeniable that the average weight of players has risen since the amateur era, it is slightly different when looking at the game since the dawn of professionalism. Average weights of course have continued to increase, particularly in the backs, where it has become commonplace to see the formidable frames of players traditionally seen in the pack wearing the numbers 12-14 on their backs.

In the forwards, however, the changing demands of the game, especially in terms of the speed, has meant mobility is now favoured over bulk in some cases. This applies to the modern hooker, where the role of the player has changed over the 25-year history of the professional game.

When tracking the RWC winning hookers over the nine installments of the competition, there is a clear trend in terms of the weight of players in this position, but shows that there has not simply been an upwards movement.

There is not too much dissimilarity in the size of hookers during the amateur era, and that continued into 1999, with Michael Foley weighing 105kgs (16st 8lbs) and his replacement Jeremy Paul 104kgs (16st 5lbs).

However, come 2003, there was a sharp rise with England’s Steve Thompson weighing 115kgs (18st 2lbs). While Thompson actually played the entirety of the 100 minute final, the increase in the use of substitutions meant that larger and more physically dominant players could be deployed for shorter periods and replaced with another; something that is an issue today.

The Springboks in 2007 did not differ too greatly from England, with John Smit weighing 116kgs (18st 4lbs) and his replacement Bismarck du Plessis weighing only a kilogram lighter. Smit also played for his country at tighthead prop, which is an indication of the approach Jake White took in 2007 when choosing his front row.

In 2011, Keven Mealamu started for the All Blacks, weighing in at 109kgs (17st 2lbs), with the 115kgs (18st 2lbs) Andrew Hore on the bench. Four years later, Mealamu was a replacement in the final, behind the more mobile Dane Coles, albeit one kg heavier at 110kgs.

The most recent winners South Africa started with Bongi Nbomanbi, who was the lightest hooker to ever win a RWC at 98kgs (15st 6lbs) (at least according to the RWC website), with substitute Malcolm Marx weighing 107kg (16st 12lbs).

Different sizes of players can sometimes be down to the stylistic approaches of each team, but the Springboks in 2019 were no different from any other ‘pack orientated’ South African team in the past, but still fielded the two lightest hookers to win a final this century.

South Africa perhaps provide the best insight into the changing demands of this position, as there is a stark contrast between the amateur era in 1995 and the surge in size come 2007. Twelve years after that win, and the hookers in Rassie Erasmus’ squad are noticeably different from Jake Whites’.

Nbonambi fitted in with South Africa’s tireless and well-conditioned defence, while Marx is one of the leading hookers in the world, recognised for his work at the breakdown, and is more similar to an openside flanker than to a prop, as Smit was in 2007.

Indeed, Schalk Brits, the third hooker in South Africa’s squad, actually started in the back row during the tournament in Japan.

The notion of a hooker playing as a loose forward, usually a flanker, is growing more common, and was also seen in the RWC with Scotland’s Fraser Brown starting in both positions. Eddie Jones has also used Saracens’ Jack Singleton as a flanker from the bench. This could yet again be symptomatic of the changes to the game and the evolution of the position.

Of course, looking solely at the RWC winners may not necessarily be reflective of the way the entire game operates, but it is reflective of the approach taken by the best team in the world at that time, which, in theory, other teams aspire to replicate.

With that said, the average weight of starting hookers in the northern hemisphere during the first week of domestic action in January further suggests the modern player has moved away from those in the 2000s.

No2s in the Top 14 averaged 107kgs, while those in the Gallagher Premiership and the Guinness Pro14 were 106kgs. Interestingly, the second-heaviest player across the three leagues was 2007 RWC winner Du Plessis, now playing for Montpellier, who at the age of 36 may well be a vestige of the former mode of thought.

Thompson, Smit and du Plessis could well have been the exception rather than the rule, but they were nonetheless part of the most successful teams at RWCs, and show what a change has occurred over 20 years.

* all weights are taken from the Rugby World Cup website.