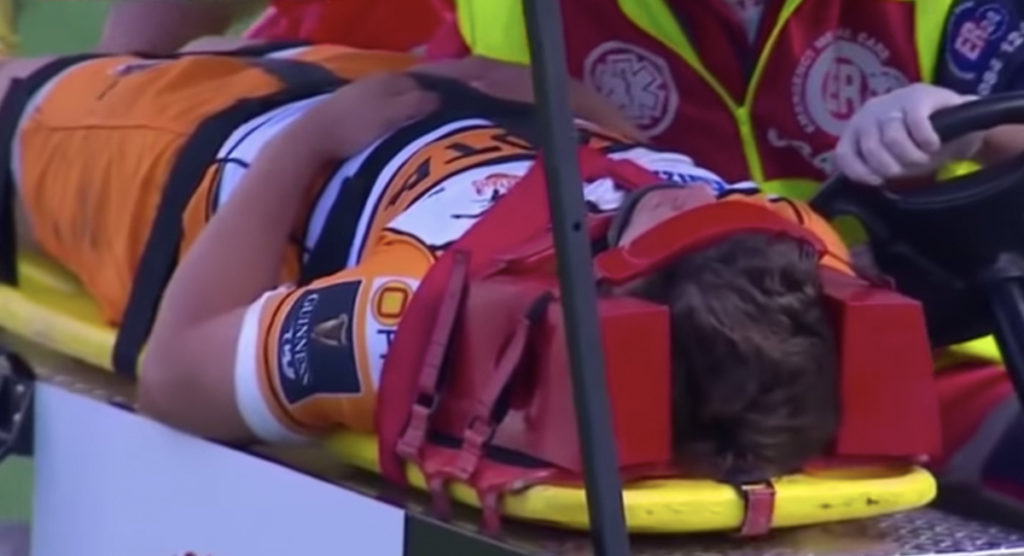 The Cheetahs were able to come away with a thrilling 40-36 win over fellow South African Pro14 opponent Southern Kings on Saturday. The match was highlighted by two nasty moments, including a head-on-head collision in the midfield and a red card for an elbow on the try scorer’s head.

While the host Cheetahs built up a commanding lead throughout the match, they had to hold off a furious late comeback against 14 players to secure their fourth PRO14 win in a row.

It wasn’t until the 63rd minute that the Kings finally decided to show up. Strangely, this only occurred after being reduced due to CJ Velleman’s late and extremely reckless elbow to Junior Pokomela’s face when the Cheetahs forward had crossed for a try.

After Pokomela’s try, Reinach Venter scored and pushed the Cheetahs to a 25-point advantage with 14 minutes to play. Instead of rolling over after Velleman’s red card, the Kings lit up the scoreboard with three late tries by Tienie Burger, Alandre van Rooyen, and Berton Klaasen.

The ugliest moment of the match came with just under 10 minutes to play when Benhard Janse van Rensburg and Meli Rokoua clashed heads, leaving van Rensburg knocked out and face-down on the field.

He eventually had to be carted off before play resumed.

In the end, the clock was the visitors’ biggest enemy as the comeback came up just short.