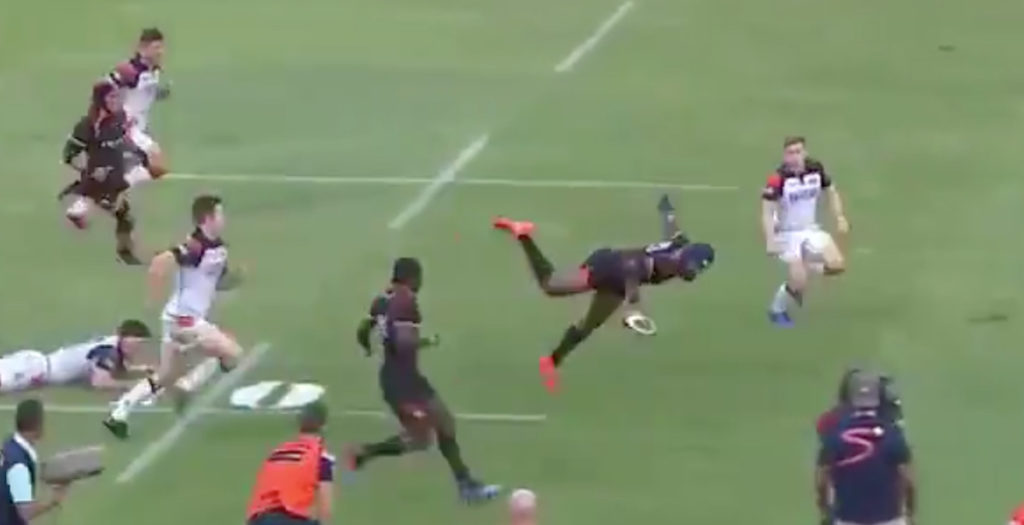 The Southern Kings came back in dramatic fashion with two late tries to beat Edinburgh in the Pro14 at the Nelson Mandela Bay Stadium, Port Elizabeth.

Edinburgh would have thought they’d won the game when they went eight points clear on 71 minutes through a converted Ross Ford try, but four minutes later Southern Kings substitute fly half Bader-Werner Pretorius snatched a try.

And then, with three minutes left to play, the Southern Kings did this straight from the restart:

Substitute Meli Rokoua made a break from inside the 22-metre line and produced a timely offload to winger Yaw Penxe, who ran more than 50 metres to score a match-winning try in the dying minutes of the game.

The match finished 25-21 to the Southern Kings, much to the delight of the home supporters, but just one question remains – was the offload from Rokoua forward?

🇿🇦 The try was given, but was it forward??? pic.twitter.com/GxYhgsUPty