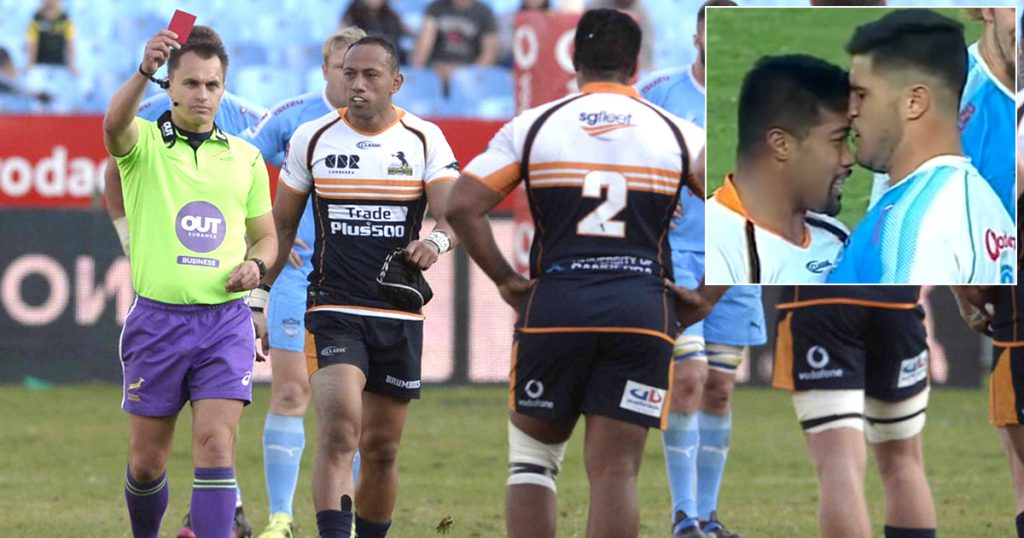 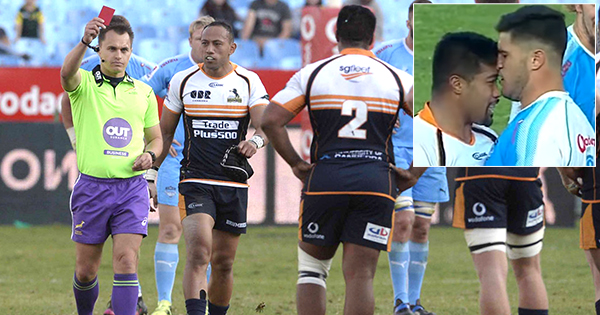 Brumbies hooker Folau Faainga’a has been suspended following a SANZAAR Foul Play Review Committee that found him guilty of striking with the head, the offence he was red carded for against the Bulls in Pretoria on Saturday.

Fainga’a pleaded guilty of contravening Law 9.12: Striking with the head after he was involved in a heated scuffle that started with him being penalised for flying in off his feet at a ruck.

Referee Marius van der Westhuizen used a TMO referral to get a closer look at what happened after that, and as replays showed – and arguably, exaggerated – his forehead did strike the Bulls player in the face.

“You’ve got to control your emotions. He let his emotions get the better of him,” said Brumbies coach Dan McKellar. “I don’t think it was vicious by any means. I think a red card today would be a sufficient enough penalty.. but there’s a learning there for him.

Faainga’a has been suspended for one week, up to and including 3 June 2018.

“With respect to sanction the Foul Play Review Committee deemed the act of foul play merited a low-end entry point of 4 weeks, given some degree of provocation before the incident and the relative lack of force in the contact between the 2 players.”

“Taking into account mitigating factors including the Player’s excellent Judicial record, his youth and inexperience and his pleading guilty at the first available opportunity, the Foul Play Review Committee reduced the suspension to 2 weeks.

“In addition, given the Player’s good character and the fact that, in the Committee’s view,  2 weeks was a wholly disproportionate sanction for an offence that only related to comparatively minor contact, the sanction was further reduced by an extra week.”

The Brumbies took the lead in the last ten minutes, going on to win the match 38-28.