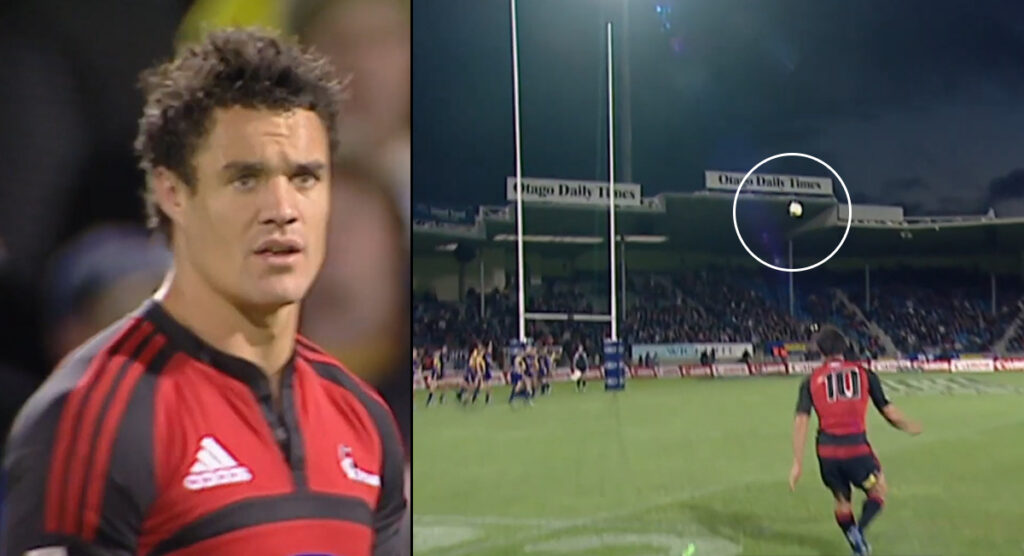 Dan Carter has done many wonderful things on a rugby field. His performance against the British and Irish Lions in 2005, in particular, stands out. He’s also achieved Rugby World Cup victory and countless other titles with the All Blacks and Crusaders.

But this kick, for many, still stands out as one Dan Carter that will always be remembered.

We first featured the moment twelve years ago, some may say fairly accurately calling it The Dan Carter Freak Conversion. The video quality was obviously not amazing back then, so it’s great to see that it’s now been uploaded in HD.

The kick itself was against the Highlanders in Super 14 of 2007, following a nicely taken Caleb Ralph try. There was hardly any wind on the night, so Carter’s feat, whether deliberate or not, was all the more freak-like as he somehow managed to control things perfectly.