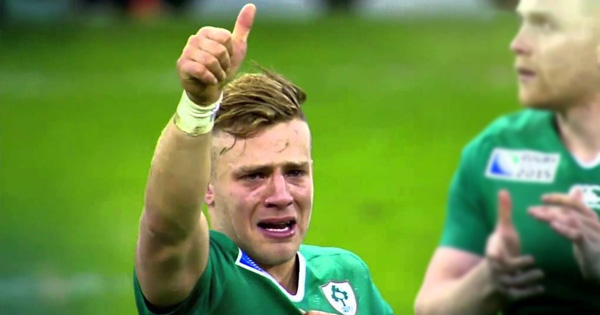 This year’s Rugby World Cup has been full of some quite unforgettable drama, surprises and disappointment. And as the competition nears its end this Saturday, Sky Sport New Zealand has taken their chance to reflect on some of the stand-out moments from the past six weeks.

In a superb feature, we are taken back through the tournament from funnies, including French referee Pascal Gauzère getting a bit too close to the action and Canada’s Jamie Cudmore attempting to infiltrate a French team talk, to more touching moments such as Ian Madigan’s raw emotion at the end of Ireland’s Pool D win over France.

So why not start the preparation for Friday’s third place playoff between South Africa and Argentina, and Saturday’s big final between rivals New Zealand and Australia by lapping up the best of the 2015 tournament.

Yesterday we looked at some of the most memorable tries