A Look at the First Ever NINE Point Try in Rugby 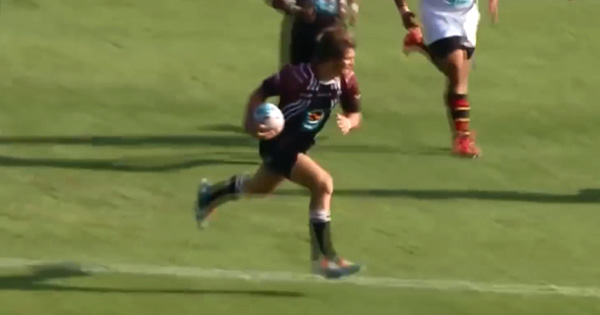 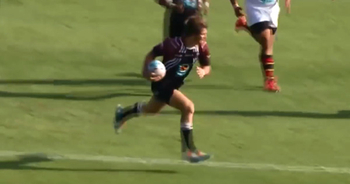 A week ago a fascinating experimental laws variation came into play in South Africa’s Varsity Cup, whereby the first ever nine point try was scored. The new points scoring system is based on where on the field the try originated from.

The 2016 Varsity Cup has been trialling some new try scoring laws whereby a try is worth the normal five points, however to encourage flair and adventurous play, the are a few variations.

This was seen in full effect when Pukke flyhalf Barend Janse van Rensburg made history, starting a counter attack then dotting down for the first ever nine-pointer.

The trial laws are as follows:

In this case, the nine point try was converted, resulting in a whopping 11 points score.

It’s a fascinating concept and perhaps one that sounds like a nightmare for the officials, but what it seems to have done is encourage more attacking rugby, resulting in a more free flowing game.

You will also notice that the try was sparked from a ‘free catch’, whereby the player was able to mark it from outside of his 22m. We then saw some good hands and a neat inside flick, all contributing to a highly memorable passage of play.

What are your thoughts on the concept of the position based points?