A look at the Top International Try Scorers of 2014 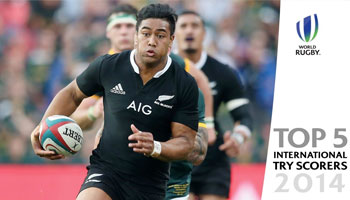 The IRB, now known as World Rugby, have put together a video featuring some of the top tryscorers of 2014. It’s been named the Top 5 International Try Scorers of 2014, but there are actually a bonus two in there, including those from other tiers of Test rugby.

Lethal All Black winger Julian Savea topped the try-scoring charts with 11 tries, while the likes of Israel Folau and Manuel Montero also weighed in with some great scores for their countries.