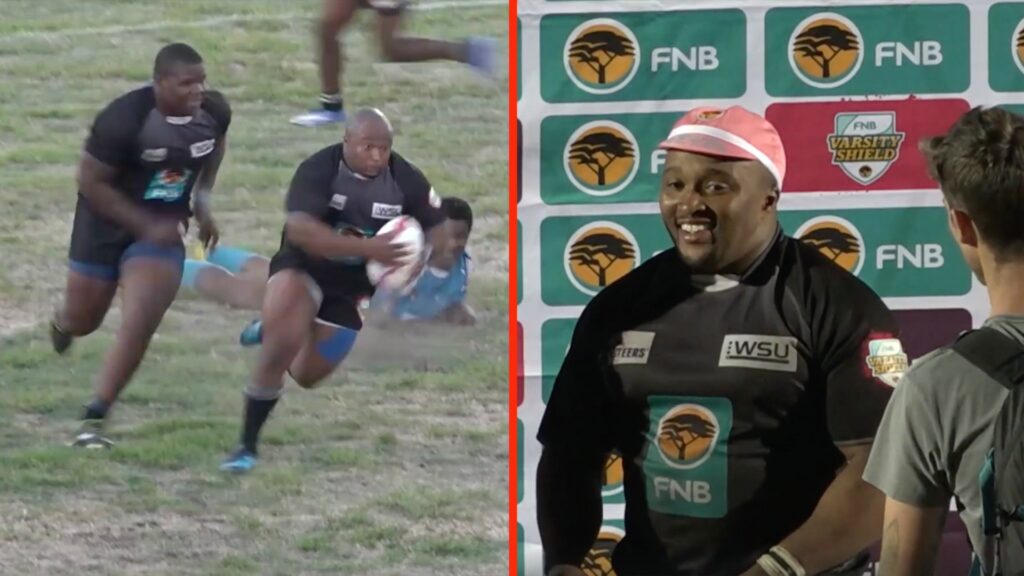 Remember the Name, Maliviwe Simanga. A front-rower for  Walter Sisulu University, is making serious waves with his seriously impressive performance for his 7s team.

A video was released on this front-rower just under a year ago, but the video has suddenly started making serious waves online as the 120kg unit stepped and sidestepped the players who were far smaller than him.

It seems recently that there has been an increase in the amount of large front-rowers defying the expectations of front-rowers being slow and not that agile.

This is the kind of agility you find from a back…

Simanga, managed to outstep and outpace the majority of his opponents in this video, despite his size.

The video has recently had an upsurge in views after a group reshared the video. We thought it was worthwhile resharing this big man’s achievement.

Here is the full video of his performance in that tournament.

He won player of the tournament in this and deservedly so!