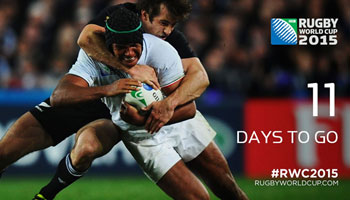 Yesterday marked eleven days to go until the Rugby World Cup kicks off at Twickenham. While we have to wait a little longer to find out who wins the tournament, here is a look at all the tries ever scored in the final, an understandably low number at just 11 in total.