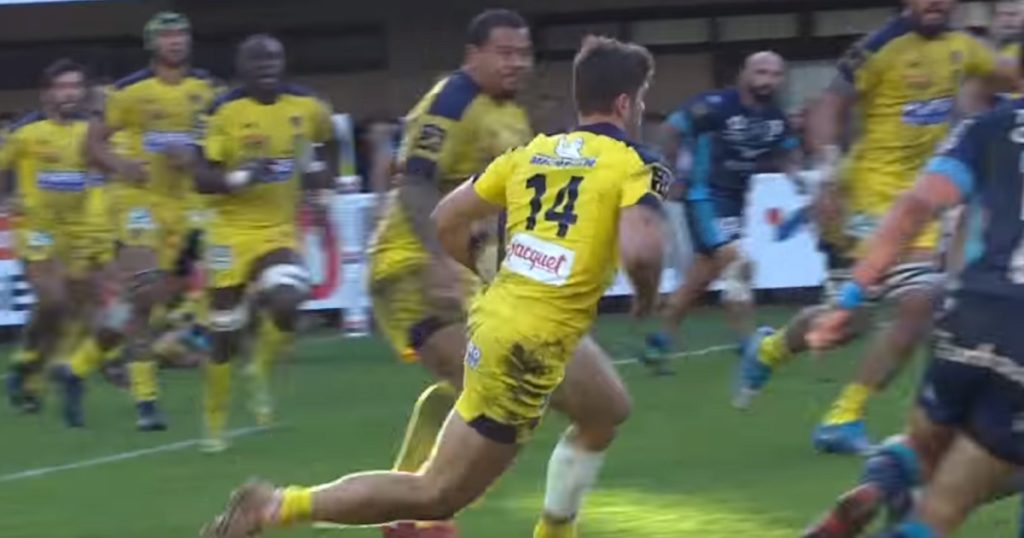 Clermont Auvergne claimed an important away win to Montpellier last weekend to maintain their position at the top of the French Top 14 league, but they were handed a gift of a try thanks to an Aaron Cruden blunder in the second half.

The All Blacks fly-half had attempted an ambitious cross-field kick for full-back Francois Steyn, who was out on the wing, but it skewed off his foot and went straight into the hands of Clermont winger Damien Penaud.

Penaud then streaked up field unopposed for the try. Things got even worse for Cruden, who appeared to pull a muscle in his leg while chasing Penaud down.

It was a crucial score at the start of the second period following a tight opening 40 minutes.

Three Ruan Pienaar penalties helped the home side stay within one point of Clermont after Wesley Fofana touched down early on for the visitors.

Camille Lopez extended the Clermont lead before Isaia Toeava stretched it even further. Montpellier fought back in the final quarter through Vincent Giudicelli, despite having Kelian Galletier in the sin-bin.

The hosts secured a consolation losing bonus point after Steyn converted Yvan Reilhac’s final minute try. However, Cruden’s misguided kick will be one both he and head coach Vern Cotter will be ruing for some time.