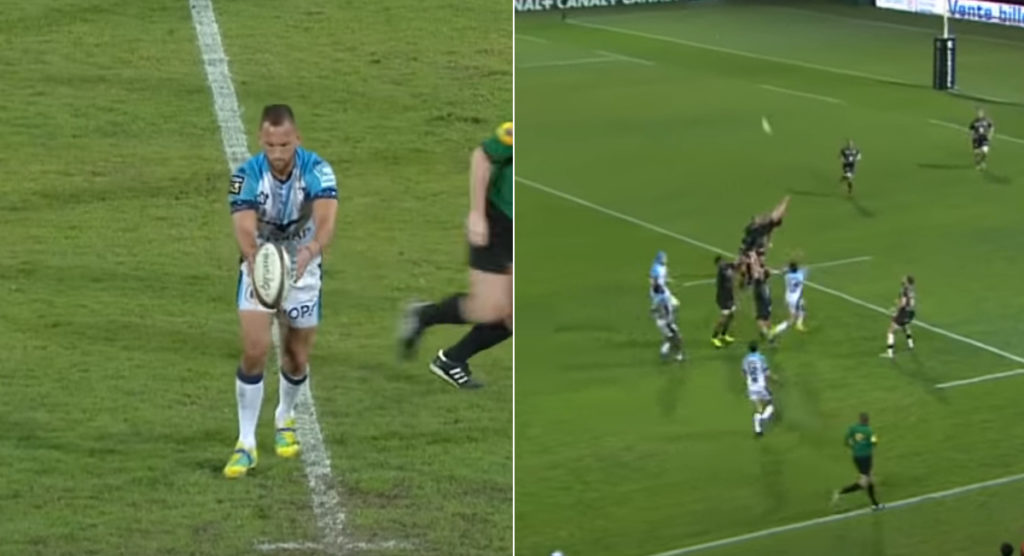 Former All Black Aaron Cruden had a forgettable minute of play in Montpellier’s 27-14 loss against top-of-the-table, Toulouse. The talented fly-half launched what appeared to be a run of the mill restart kick, only to see his counterpart Zach Holmes sliding down behind the posts mere seconds later.

Cruden was kicking off after a successful Holmes kick at goal. Thanks to some incredible high-flying acrobatics from flanker Francois Cros, the hosts were able to launch a lightning-quick counter-attack that ended with Holmes’s score.

For a brief time, the Toulouse fly-half morphed into a scoring machine, bagging 10 points in roughly three minutes. Later, he added five more for the winning cause.

While Cruden did miss a tackle in cover, there was nothing wrong with his kick as it appears that no less than four of his Montpellier teammates simply overran the play, perhaps assuming the kick had found its way over Cros.

Instead, the catch was brilliantly taken and three passes and a conversion later, seven points were on the board. Brilliant from Toulouse.