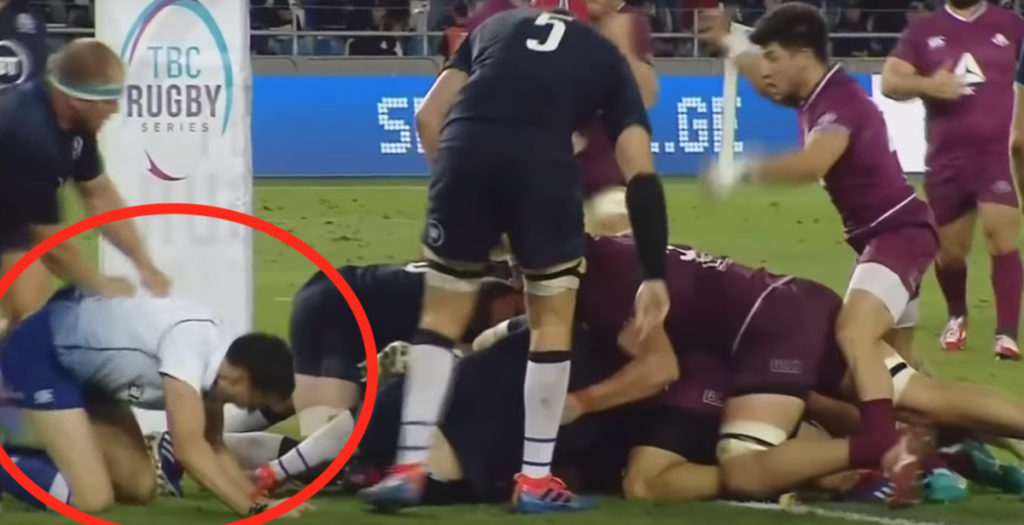 French referee *Pascal Gauzere was criticised after taking more than 10 seconds to award a try to Georgia without using the TMO.

Gauzere was officiating Georgia and Scotland in Tbilisi and in the second half Karlen Asieshvili crashed over the try line to score Georgia’s only try of the game.

The referee spent a long time pulling players out of the way trying to get a visual of the ball on the line and he was actually pushed to the ground by WP Nel in the process.

“You cannot do that, that’s absolutely shocking,” said one Scottish commentator.

“He pretty much let him play the ball on the floor for 20 seconds to then potentially force it into a position where it would be given a try. You should go up to the TMO, that’s absolutely shocking.”

Scotland beat Georgia 10-44 in their penultimate World Cup warm up game and both teams will meet again in the reverse picture next weekend at Murrayfield.

*Apologies to referee Mathieu Raynal, who was originally mentioned in this article