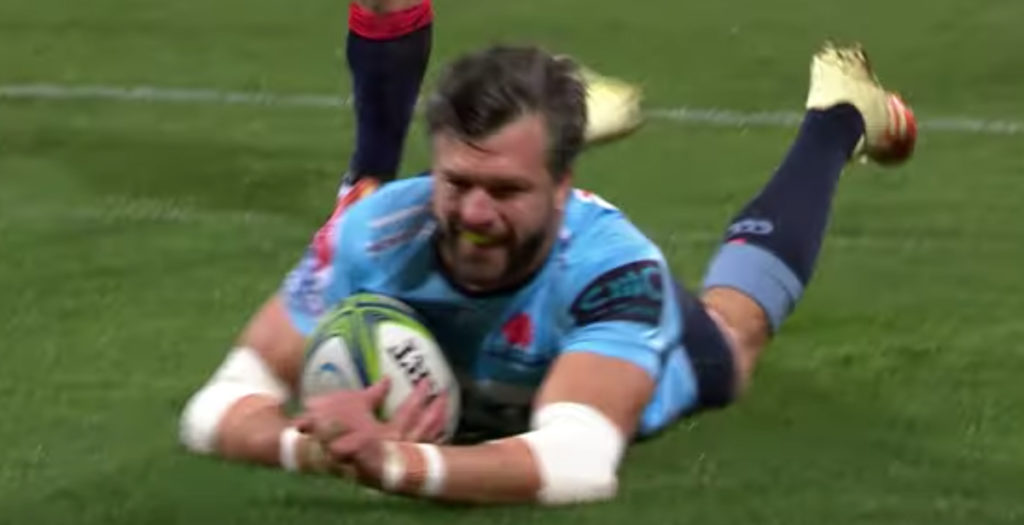 Former Wallaby Adam Ashley-Cooper finished off a fantastic set piece by the Waratahs to score a classic try against the Melbourne Rebels.

The move started from a scrum inside the Waratahs’ half and the ball was shipped through the backline to Kurtley Beale on the left hand side of the field.

Beale was then able to unleash Curtis Rona on the left wing, who ran 30 metres before giving Bernard Foley an inside pass.

Foley cleverly delayed a pass to secure a successful two-on-one with Ashley-Cooper, who scored the first points of the game.

The match ended 15-20 to the Waratahs, meaning they now sit level on points with both the Rebels and Brumbies on top of the Australian conference in Super Rugby after round 16.

Watch the try plus full highlights below: