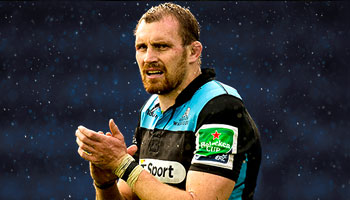 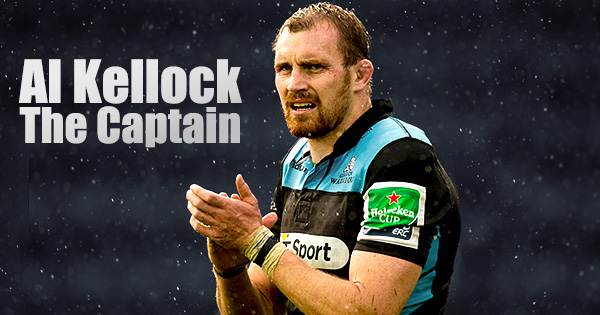 Glasgow Warriors stalwart Alastair Kellock recently announced his retirement from rugby at the end the season. The 33 year-old will draw to an end a 13 year career – 9 spent at Glasgow – which has yielded 56 Scotland caps and one try.

Despite being a Glaswegian through and through, Kellock’s first professional contract was signed with local rivals Edinburgh – at the behest of the SRU. After four years with the Capital side, he moved back home to Glasgow where he took on the captaincy of his home town for the remaining nine seasons.

The highlights of Kellock’s career undoubtedly came when he captained his country in the 2011 Six Nations championship, scoring his first try in the opening match against France, as well as leading his side to the Pro12 final in the 2013-14 season.

After retirement, Kellock will take up an ambassadorial role with Scottish Rugby. This will focus on the engagement with rugby and business communities and developing an understanding of the commercial side of the sport.

Speaking of his new challenge post rugby, Kellock said: “I feel the time is right for me to retire and it’s an emotional and reflective time for me. I’m excited about the next chapter but there are so many things that I’ll miss massively, especially the times in the changing room before and after a game.

“The supporters have been great with me and I hugely appreciate the backing they’ve given me throughout my career.”

A huge hit with the local fans and with an equally large personality, Kellock’s career will be celebrated when Glasgow take on Cardiff Blues in the Pro12 at Scotstoun on May 10th.

Thanks to Glasgow Warriors TV we are allowed a sneak behind the scenes as Kellock reflects on his time at the club and its various grounds. It is a 16 minute, nostalgic piece that gives fans insight into the path some professional players take to the top, and how they feel when it comes to stepping away from playing the game that has been such a large part of their lives.