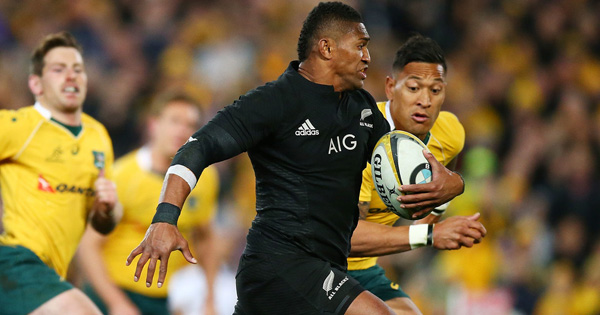 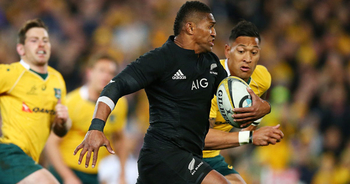 The All Blacks were in dominant mood as they thumped the Wallabies 42-8 in Sydney on Saturday. The loss for the Wallabies was their worst on home soil since their 31-point loss to the British and Irish Lions in Brisbane in 1966.

As many as 65,328 fans were in attendance at the ANZ Stadium in the hopes of witnessing the home team turn things around after their disappointing series loss to England a few months back, but it wasn’t to be as they were totally outplayed by a far superior New Zealand team.

An ankle injury to Matt Giteau early on didn’t help things, and the visitors scored four tries for a 32-3 lead at the break. Further injuries to Matt Toomua and Rob Horne, also playing at inside centre, compounded matters.

Nick Phipps scored a consolation try in the 75th minute but the result was sealed a long time before that, as the Wallabies were humiliated at home by their fiercest of rivals.

“The performance from our boys was outstanding,” said skipper Kieran Read post match. “We had to fight really hard and the boys certainly worked for it, so you’ve got to be pretty happy and have a smile on our face after that.”

This year’s Rugby Championship concludes at Twickenham Stadium for the first time, when Argentina take on Australia on October 8. Tickets are available from £45 for adults, £25 for children (U16) and a family package (2 adults & 2 children) for £115. (Booking fees apply)

Click here for a 25% discount on top category adult tickets. Use code RUGBYDUMP

Reaction from the All Blacks in the shed post game