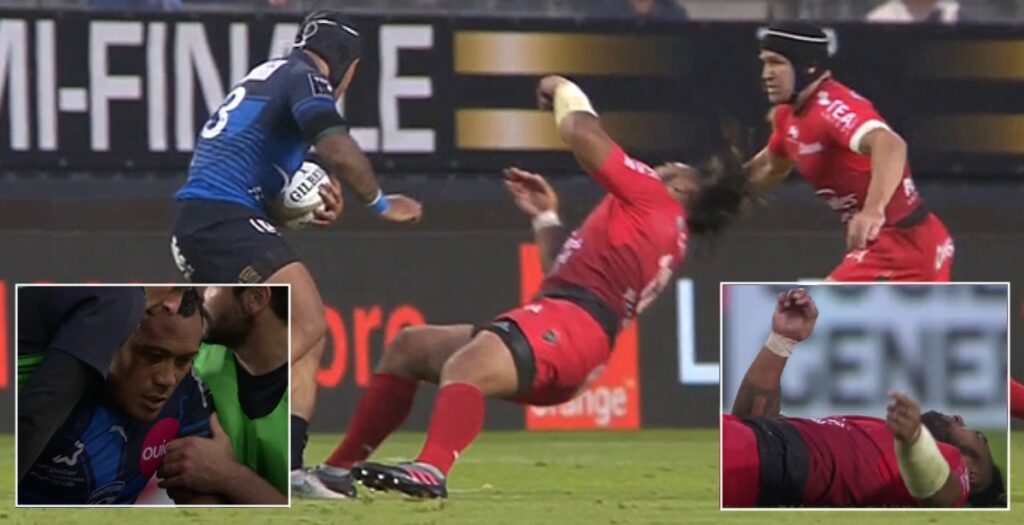 During the 2016 Top 14 semi-final between Toulon and Montpellier All Blacks legend Ma’a Nonu was on the receiving end of a brutal knockout.

The powerhouse centre attempted to tackle fellow Kiwi Anthony Tuitavake but unfortunately caught his head on the Montpellier centre’s shoulder, resulting in a nasty collision.

Nonu was out cold before he even hit the floor and lay motionless as the medical team rushed onto the pitch. Tuitavake, worried about his former All Blacks teammate, knelt by his side to make sure Nonu was ok and fist bumped the New Zealand legend as he walked off for further assessment.

The Toulon centre was clearly not in a good way, stumbling up the stairs en route to the changing rooms, where he remained for the duration of the game.

Toulon went on to win the game 27-18 at Roazhon Park before losing to Racing 92 in the final. Nonu, now 38, still plays for San Diego legion in the American MLR and earned 103 caps for the All Blacks over a 12-year period.