All Blacks play with 14 men against Tonga for scenario training 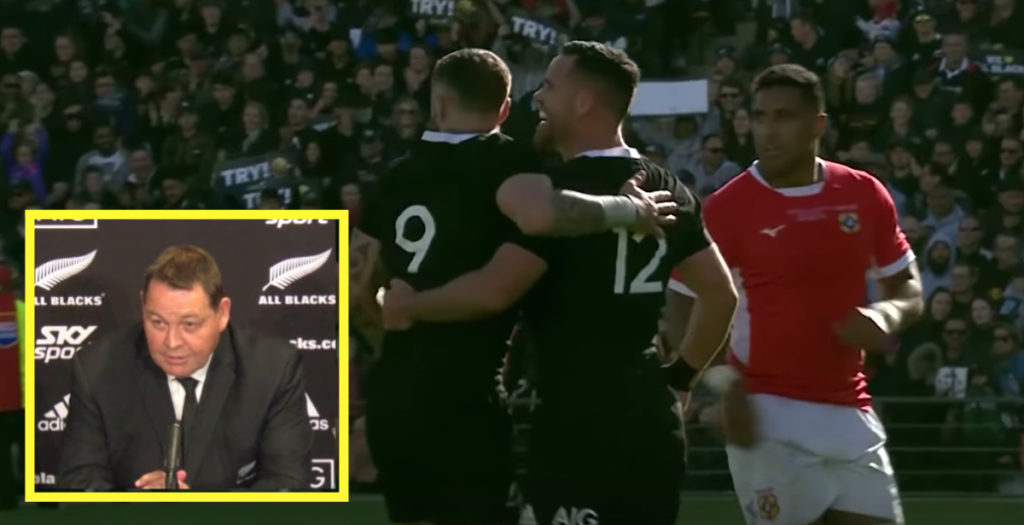 New Zealand deliberately brought off centre Ryan Crotty to play with 14 men for the last 15 minutes of Friday’s game against Tonga as a training exercise.

The All Blacks were up 92-0 against the Tongans when they brought Crotty off and subsequently lost 0-7 during that period.

New Zealand were leading Tonga 92-0 on 65 minutes and voluntarily took off Ryan Crotty to finish with 14 men as an exercise. They lost that period 7-0. So… pic.twitter.com/xpnS06aKg4

All Blacks head coach Steve Hansen addressed the issue in a post match press conference saying that his side had run out of substitutions and that “Ryan only needed to play 65 minutes because he’s just come back (from injury).”

Hansen added: “His welfare was more important and it was a good opportunity to put ourselves under a bit of pressure when it comes to how many players are on the park.”

George Bridge starred on the scoresheet with four tries including this one straight from kick off at the start of the second half.