All Blacks prop out for season following thumping tackle 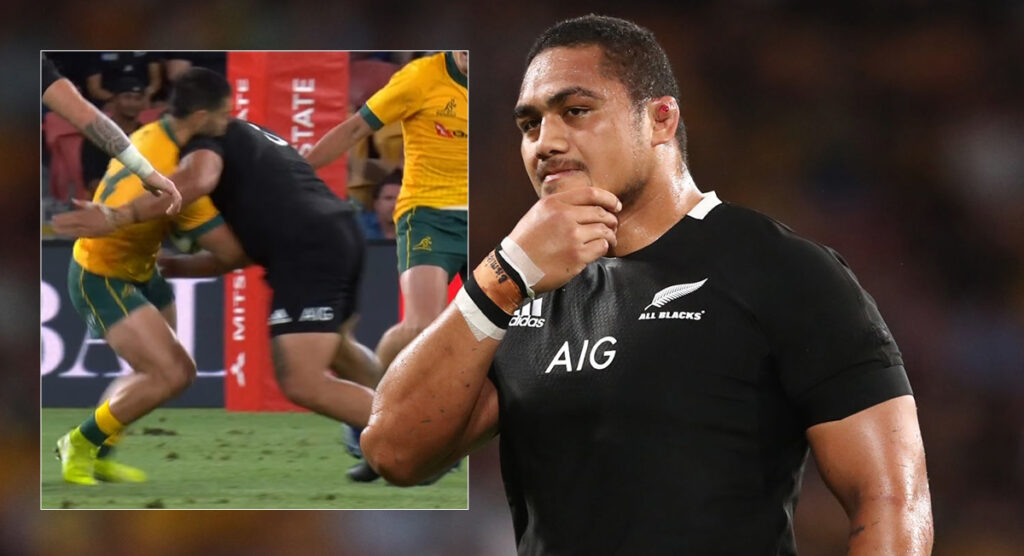 All Blacks prop Ofa Tu’ungafasi won’t play again through the Tri-Nations after being suspended for three matches for a high tackle that saw him sent off in their clash with the Wallabies, a match that included two red cards.

Tu’ungafasi was given a red card early in the Suncorp Stadium Test for a clumsy hit on Australian winger Tom Wright.

He faced a SANZAAR disciplinary hearing on Tuesday after the All Blacks elected to fight the charge, but was given the ban, which is up to and including February 20.

🚨 A red to the All Blacks after 21mins

The judicial committee deemed the act of foul play merited a mid-range entry point of six weeks, which was halved due to Tu’ungafasi’s clean judicial record.

Wallabies flanker Lachie Swinton received a four-match ban on Monday for a similar tackle, which also drew a red card.