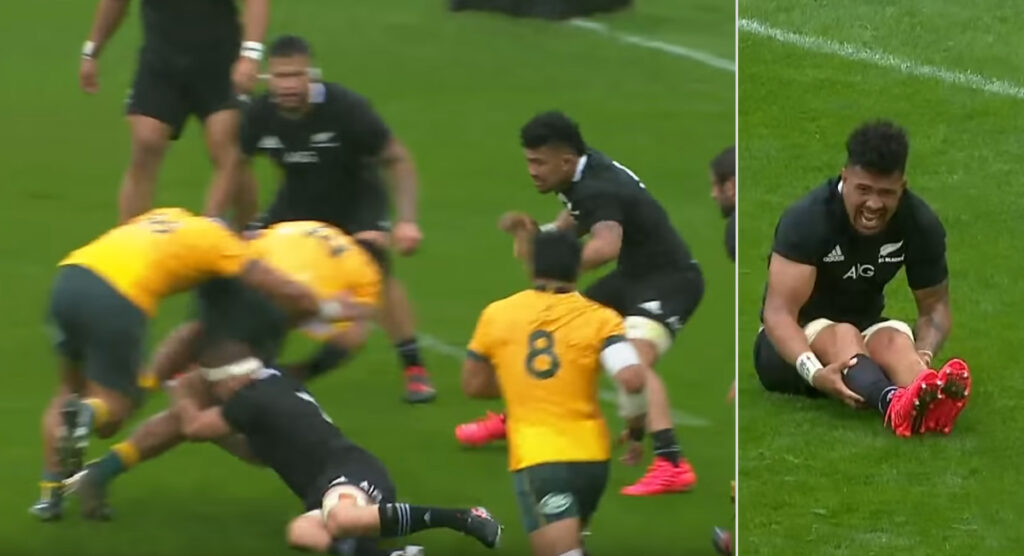 Following the pulsating climax to the first Bledisloe Cup Test of 2020, the All Blacks have shared unseen footage of Ardie Savea’s vital intervention in the final minutes of the match.

The clip focuses on the No8’s work after Reece Hodge’s penalty attempt ricocheted off the post in the 83rd minute, which started with him showing the presence of mind to not dive on the ball after Caleb Clarke had knocked it on as it would have resulted in an offside penalty.

After sustaining a leg injury whilst repelling the Australian attack, the 26-year-old effectively limped to a ruck under his posts to secure a vital turnover in the 84th minute.

It is unclear what caused his injury, but on closer inspection, his leg does give way slightly as he made his way from one ruck to the next as the Wallabies hammered New Zealand’s line. In what was the first Test match in almost a year for either side, cramp cannot be ruled out, particularly given the length and intensity of the contest.

Little did he know that his contribution would be the beginning of a frantic five minutes whereby possession would continually change hands as both sides chased a win.

The struggling All Black probably thought he had managed to salvage a draw from a perilous position, only to see the ball worked wide to Clarke, who raced out of the 22.

🏃🏽📹 PLAYER CAM | Check out @ardiesavea like you've never seen him before through the @skysportnz player cam!

How about this match-saving turnover in overtime.

As the camera followed the play further down the field, the player cam stayed focused on Savea, who gingerly worked his way to his feet and hobbled up the pitch.

He persevered but was clearly in discomfort over the next five minutes, where the All Blacks had a period of exerted pressure on Australia’s line too.

The loose forward’s physical state was not clear to see on the television, but this perspective only goes to show how impressive his intervention was in what was one of the defining moments of the match.

Watch all his Player Cam footage in the video below