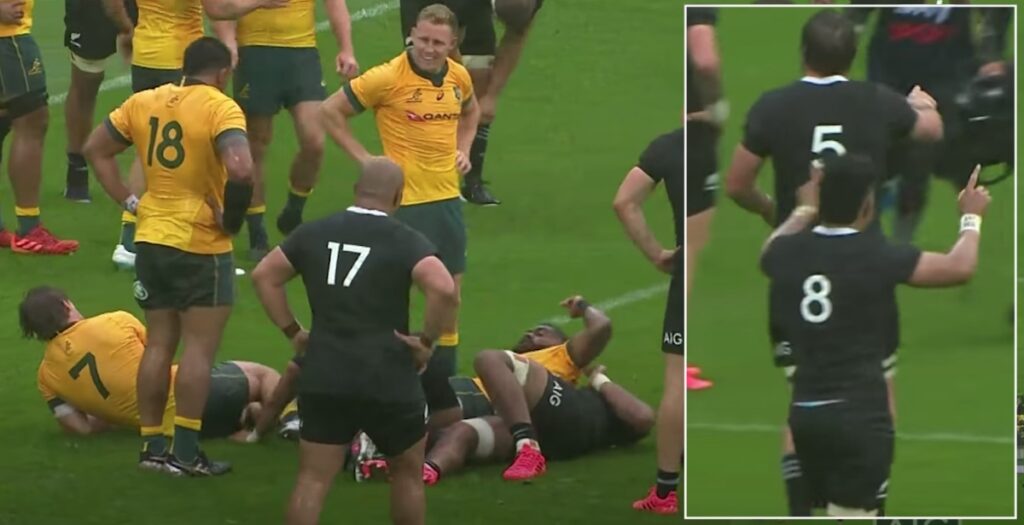 The All Blacks have released extended highlights of their epic Bledisloe Cup encounter with the Wallabies in Wellington on Sunday.

The 14-minute long footage adds further insight into the momentum shifts experienced between the two sides at Sky Stadium and the sheer excitement of the fixture which eventually ended 16-16.

Due to the kick off time in New Zealand many of the northern hemisphere fans were unable to watch the match and the initial highlights reel couldn’t do the awesome game justice.

Northern Hemisphere fans waking up and realising they missed one of the greatest rugby matches of all time #NZLvAUS pic.twitter.com/aHHSQclCc1

The new video however unearths the chaos which unravelled in overtime with constant turnovers in the pouring rain before the Wallabies opted to kick the ball dead and take the draw.

Without doubt the 88-minute game will go down as a classic between the two sides and their next  Bledisloe Cup encounter will take place on Sunday October 18 at Eden Park.