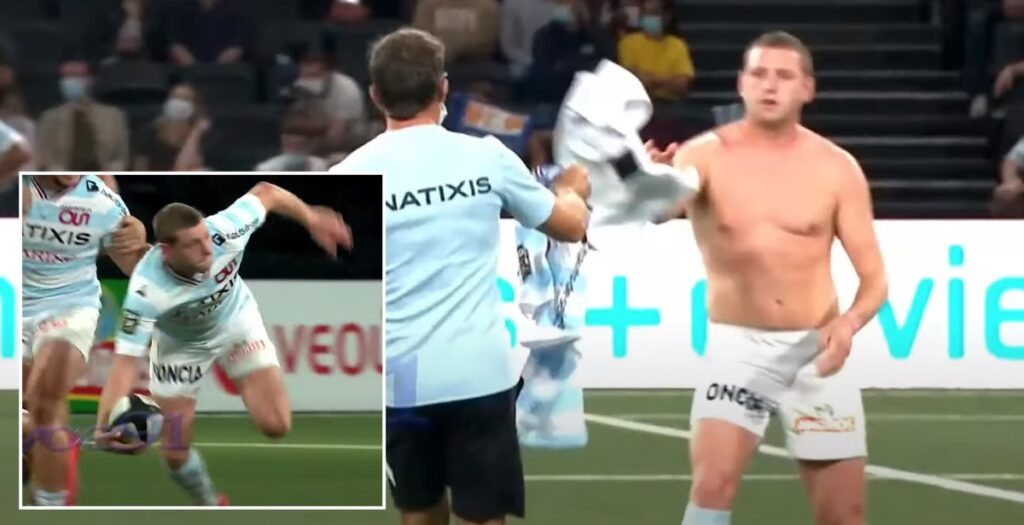 Scottish international Finn Russell’s fantastic display against Montpellier in round two of the French Top 14 has got ex-players revelling in his genius.

The Racing 92 fly half produced some brilliant offloads and a wonderful cross field kick to set up Antonie Claassen for a try in the corner, but his greatest moment was a ridiculous chip on the outside of his boot.

The delicate nudge found centre Virimi Vakatawa in midfield who went on to score a lovely try from 40 metres out and former Scottish international Jim Hamilton took a particular liking to this one.

Russell joined Racing 92 in 2018 from Glasgow Warriors and is widely regarded as one of the most skilful playmakers in the game.

The 27-year-old has earned 46 caps for Scotland since making his debut in 2014 and this most recent performance in the Top 14 helped Racing to a comfortable 41-17 win.