Andries Bekker tells the little ones to settle down 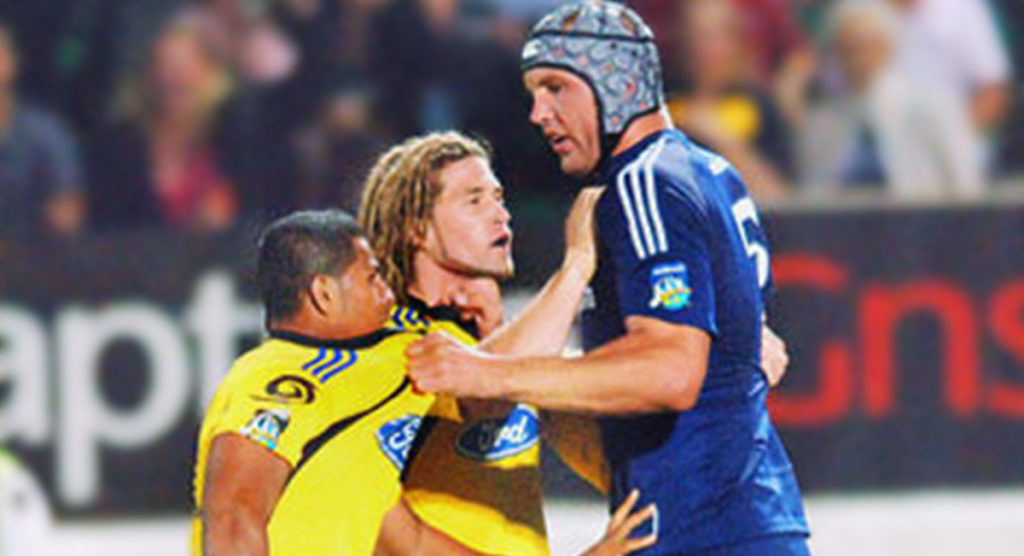 From earlier this year in the Super 14 game between the Stormers and the Hurricanes, giant 6ft8 lock Andries Bekker tells the overzealous Hurricanes outside backs David Smith and Cory Jane to calm down in his own delicate way.

This reminds me of those old wrestling matches where Andre the Giant would go up against two or more guys, and normally win.

Bekker is the son of former Springbok Hennie Bekker who was apparently also freakish in size.

An up and coming player, don’t be surprised to see more of his significant presence in the future.

Sale win at Gloucester to maintain pressure at the top

.Sale maintained second place in the Premiership and moved four points behind Exeter after beating Gloucester 23-17 at Kingsholm.