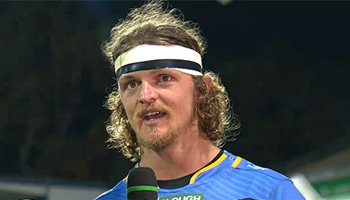 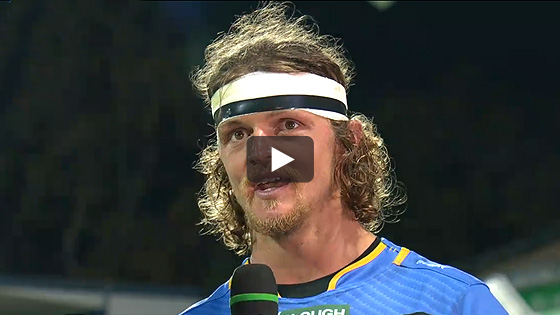 Nick Cummins has come up with another pearler of an interview following the Western Force’s 18-11 victory over the Waratahs in Perth earlier today. View the interview, that featured one genius line in particular, by following the link to the Fox Sports site here.

If you don’t fancy watching the whole thing, and don’t mind the quick spoiler here [stop reading now], when asked about the challenge of the Waratahs he said: “Basically, you’ve got to be like a midget in a urinal – you’ve got to be on your toes.”

He went on to say that if you’re not careful, ‘they’ll bloody take your scone [head] off’.

Cummins is hoping to be included in Michael Cheika’s Wallabies Rugby World Cup squad for later in the year, but said that he felt he still needed to do a little more – since returning from Japan – to impress.

In the same fixture last year, Cummins actually grabbed a hat-trick against the Waratahs, while today was the Force’s third consecutive victory over the reigning Super Rugby champions.